Irish public broadcaster RTE’s 2011 libel of Catholic priest Father Kevin Reynolds prompted a huge libel settlement, a noteworthy apology, resignations and at least three investigations into RTE, as we have written.  RTE had wrongly claimed that Father Reynolds raped and impregnated a minor-aged girl and despite his denials and offer to take a paternity test pre-publication, RTE aired the claims in its “Mission to Prey” program.  Notably, the third investigation — by the Broadcasting Authority of Ireland, which has the power to fine RTE over the incident — was completed earlier this year, but not published officially.  (We wrote last month when the BAI’s report was leaked.)

On May 2, DHR Communications’ Catherine Heaney, on behalf of the Broadcasting Authority of Ireland, told iMediaEthics that  “the publication of any report is a matter for the BAI to consider when the investigation process is complete” and that “the investigation is ongoing.”  Just two days later, on May 4, the BAI published the report on its investigation and announced a  €200,000 fine on the Irish public broadcaster, Ireland’s TV3 reported.

In the statement of findings, the Broadcasting Authority wrote that RTE’s submissions to the investigation noted that “RTÉ accepted that the defamation of Fr. Reynolds was one of the most significant errors made in its broadcasting history.  It has acknowledged prior  to and throughout the investigation that the material in Prime Time Investigates – A Mission to Prey relating to Fr. Reynolds should never have been broadcast.”

Further the BAI noted that RTE reminded that since the libel it has made “changes in the internal organisational and editorial arrangements,” a “commitment to ensure” that the libel won’t “impact on its objective to produce strong investigative journalism in the future,” the libel payment and apology to Father Reynolds and more.

The BAI reported that its investigation found that RTE”s “programme was not fair in that it broadcast serious, damaging and untrue allegations about Father Reynolds.” Further, the BAI concluded that RTE invaded Father Reynolds privacy by using “secret filming and a doorstep interview” and that “there was a significant failure of editorial and managerial controls within RTE.”

The BAI also noted that RTE “fully co-operated with the investigation” and admitted to the defamation, but wrote:

“It is a source of regret that RTE did not choose to waive its claim to privilege in the solicitor/client relationship between itself and its in-house legal staff. Such an approach would have assisted a greater understanding of the extent of the advices available to the broadcaster and of the role they played in RTÉ’s decision to transmit the programme.”

See here the Broadcasting Authority’s Statement of Findings in full.

In its own story on the BAI report, RTE reported that its reporter Aoife Kavanagh resigned and apologized for the libel, while defending her reporting and saying “I do not accept many of the findings…in relation to the manner in which I carried out my work.”  RTE noted that “None of the staff involved in the making of the programme remain in position.”

The BAI also published its report on the investigation of the program by Anna Carragher here.  (See our report on the report when it was leaked here.)

In the report, Carragher wrote that “RTE made serious errors,” that the program “was not fair,” and aired “serious, damaging and untrue allegations” that were “particularly severe” given Father Reynolds status as “an ordained priest, currently in ministry.”

Carragher wrote that she recommends RTE’ Producer Guidelines “are reviewed on an annual basis with any amendments or changes being adequately communicated to staff.”  She noted that “there was an assumption that members of staff working on the programme were familiar with the guidelines but RTE had no way of verifying that this was the case.”

She also called for a “structured and verifiable training process” on the guidelines.  Concerning the “surreptitious filming and doorstep interviews,” Carragher wrote that “the production and editorial staff believed that their actions were compliant with the guidelines,” but the guidelines “are ambiguous and capable of varying interpretation.”

Carragher wrote that the “standards of the production team on the ground – Aoife Kavanagh and Mark Lappin – fell short of what should be expected with interviews with significant spruces not documented and an almost complete absence of documentary evidence.”  Further, Kavanagh wrote that she had “some concerns that the credibility of key sources was not sufficiently interrogated by the production team or by the editorial chain” and “weight was given to repetition of some allegations by individuals who were not personally questioned by the team.”

“I took the view that at all stages of the production of the programme note taking was either nonexistent or grossly inadequate.”

Carragher wrote that she had “considerable concerns” about the lack of “documentation” of the RTE “research trip in January 2011” to Africa and that RTE’s Kavanagh should have been “a great deal more rigorous in her exploration of her source’s credibility.”  Also, Carragher noted that “Kavanagh does not appear to have met or questioned the colleagues who, according to the primary source were all aware of the allegation and therefore it appears that second-hand repetition of gossip was treated as corroboration.”

Carragher questioned why there weren’t “more diligent efforts…to obtain any documentation or an on the record statement from the teacher” about the claims that Reynolds was paying for the alleged daughter’s schooling and that no one else questioned this lack of documentation.

Carragher suggested a “number of factors” that might explain why RTE aired its claims against Father Reynolds despite his claims of innocence and offering to take a paternity test.  She indicated that RTE was “convinced” and “made highly subjective assumptions” that its report was “right” and “fair and reasonable publication.”

See here all our stories on RTE. 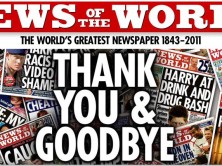