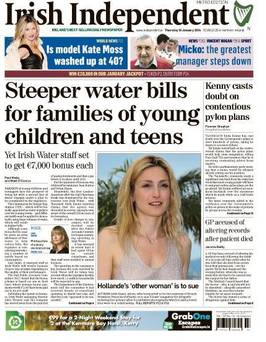 The front page of the Irish Independent's print edition.

The Irish Independent will no longer allow online comments because of Ireland’s “draconian libel awards system,” the Irish Times reported.

In a note at the bottom of its online articles, where the comments section normally would be, the Independent explained,

“INM has taken the decision to remove the commenting facility on its online platform Independent.ie to minimise the legal risk to our business that arises from Ireland’s draconian libel awards system.

“We continue to look forward to receiving comments through direct email contact or via social media, some of which may still be featured on the website Independent.ie.”

iMediaEthics has written to the Independent to ask when the decision was made and what, specifically, prompted it.