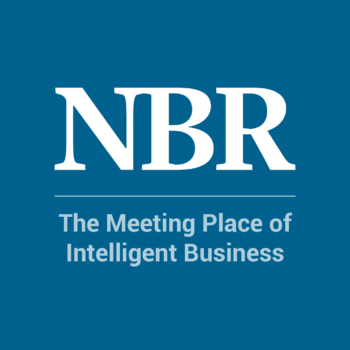 The National Business Review, a weekly New Zealand newspaper, published a column that was “mean, malicious and infantile,” the New Zealand Press Council ruled. The column, by former politician and writer Sir Bob Jones, called for a Maori Gratitude Day instead of Waitangi Day.

Maori are indigenous people in New Zealand. Waitangi Day is New Zealand’s national holiday and recognizes the “signing of the Treaty of Waitangi in 1840” when “representatives of the British Crown and over 500 Maori chiefs signed what is often considered to be New Zealand’s founding document,” according to the New Zealand government website.

“As there are no full blooded Maoris in existence it indisputably follows that had it not been for migrants, mainly Brits, not a single Maori alive today… would have existed,” Jones wrote, calling for “Maori to bring us breakfast in bed or weed our gardens, wash and polish our cars and so on, out of gratitude for existing” and for Maori to “tangibly express their gratitude for existing thanks to European immigration by a day’s voluntary labour for non-Maori folk.”

The article immediately upset readers, the press council noted, with Jones alleging it was satirical. The National Business Review responded to a complaint against the column with the press council by saying it unpublished the column because readers were taking it out of context online. Further, the National Business Review argued it was satirical. And, the newspaper said it wouldn’t publish any more columns by Jones.

“Sir Bob Jones was one of our Satire contributors and yes we parted ways following the controversial column,” the National Business Review’s publisher Todd Scott told iMediaEthics by e-mail. “We removed the online post in the days following its publication out of respect to those that found it offensive. I personally received more complaints following it’s removal from people arguing freedom of speech.”

“NBR has taken a number of steps to ensure that our focus is on delivering timely, relevant, useful and insightful business news. These changes include no satire, no cartoons, less opinions and more focus on business news and analysis our Member Subscribers can use,” he added.

In response to the complaint, the New Zealand Press Council ruled 7-4 to reject the complaint against the column. The majority ruled to dismiss the complaint because Jones “has a history of writing provocative columns making outlandish and often offensive comments about different groups of people,” and because both the paper and Jones said the column was satirical.

“The column made the claim there are no full-blooded Maori and if it had not been for migrants there would be no Maori alive today,” the press council ruled. “These contentions and ill-founded statements are clearly not to be taken seriously and the column was mean, malicious and infantile. It is not surprising the item drew an angry response.”

The council added, “Readers do not have a right not to be offended, but publishers disregard the tastes of their readers at their peril and need to think about them before publication. We note the column was subsequently pulled from NBR’s web site and that it will no longer be publishing Sir Bob’s columns. We consider this an appropriate response to the justified public outrage at the item.”

The press council also published a response from the four members who thought the complaint should have been upheld. The four found the column “clearly exceeded a reasonable boundary of free speech on the subject of race.” Further, the minority “disagreed with the view that this was excusable as ‘satire.'”

Last month, more than 70,000 people signed a petition calling for Jones’s knighthood to be revoked.

iMediaEthics has written to Jones for his response.

UPDATE: 4/9/2018 12:45 PM EST Jones’s secretary told iMediaEthics he is traveling for the next two weeks and may respond then.