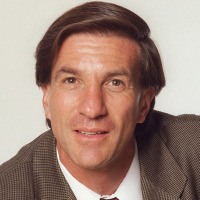 A controversy has erupted over NY Times Jerusalem Bureau Chief Ethan Bronner after Electronic Intifada–a blog committed to comprehensive public education on the Israeli-Palestinian conflict–recently revealed that Bronner’s son might serve in the Israeli army.

In a February 6 column, Times Public Editor, Clark Hoyt confirmed that Bronner’s son is in fact in the army and responded to what he writes were roughly “400” reader letters/calls “many of them convinced that Bronner could not continue in his current assignment.”

Having a son in an army engaged in military conflicts you write about does constitute what ethics experts call a ‘conflicting loyalty. But is it conflicting enough that Bronner can’t do his job?

Voices have weighed in on the web both for and against Bronner continuing to serve as bureau chief for the region. Hoyt at the Times concluded Bronner’s work has been fair thus far, but to keep up appearances, he suggests Bronner shouldn’t work the Israel/Palestine beat while his son serves in the Israeli army.

But, stepping back, this is what I see: The Times sent a reporter overseas to provide disinterested coverage of one of the world’s most intense and potentially explosive conflicts, and now his son has taken up arms for one side. Even the most sympathetic reader could reasonably wonder how that would affect the father, especially if shooting broke out.

I have enormous respect for Bronner and his work, and he has done nothing wrong. But this is not about punishment; it is simply a difficult reality. I would find a plum assignment for him somewhere else, at least for the duration of his son’s service in the I.D.F.

Times Executive Editor, Bill Keller responded to Hoyt’s column that Bronner will stay in his job. “Your concern is that readers will not be capable of seeing it that way,” he writes. “That is probably true for some readers. The question is whether those readers should be allowed to deny the rest of our audience the highest quality of reporting.”

In many or even most cases, disclosure will suffice. But if newsroom management considers the problem serious, the staff member may have to withdraw from certain coverage. Sometimes an assignment may have to be modified or a beat changed.

As far as disclosure, the Times seems to have shirked it’s own rule slightly on this one. Electronic Intifada, working off a tip, asked Bronner through the Times whether it was true he had a son in the IDF. They got this reply from Times foreign editor Susan Chira:

Ethan Bronner referred your query to me, the foreign editor. Here is my comment: Mr. Bronner’s son is a young adult who makes his own decisions. At the Times, we have found Mr. Bronner’s coverage to be scrupulously fair and we are confident that will continue to be the case.

This is not a disclosure. In fact, it actively avoids disclosing the truth about Bronner’s son, which it appears was only confirmed to Hoyt more than a week later. According to Editor & Publisher, Bronner “alerted the paper to his son’s involvement in the military, as required by the newspaper’s ethics guidelines,” so the failure to disclose to the public most likely rests with Bronner’s editors, including Keller.

Now that the relationship has been disclosed, as Times policy states, the seriousness of the conflict has to be assessed. Keller argues that Times has already considered the matter and deemed the problem not “serious” enough that Bronner’s beat need be changed. “You and everyone you interviewed for your column concurs that Ethan Bronner is fully capable of continuing to cover his beat fairly,” he writes.

But not everyone agrees with Keller. FAIR, a left leaning media ethics website, argues even if Bronner’s reporting had been exemplary in the past, questioning his future fairness is still appropriate. They write,

Having a conflict of interest, it should be stressed, is not the same thing as producing slanted journalism; rather, it means that a journalist has outside motivations that are strongly at odds with his or her journalistic responsibilities. That a journalist has been “scrupulously fair” in the past does not excuse an ongoing conflict of interest; journalists should not be placed in a position where they have to ignore the well-being of their family in order to do their job, nor should readers be expected to trust that they can do so.

FAIR also argues, counter to Keller and Hoyt’s opinion, that Bronner’s reporting has not always been unbiased. They say they have repeatedly criticized Bronner for “what would appear to be a bias toward the Israeli government.”

They discuss their critiques in more detail here.

Keller meanwhile, suggests Bronner’s critics are biased themselves, writing “We are reluctant to capitulate to the more savage partisans who make that assignment so difficult — and who make the fairmindedness of a correspondent like Ethan so precious and courageous.”

Richard Silverstein–who writes Tikun Olam, a blog dedicated to resolution of the Israeli-Arab conflict–argues Keller is wrong to pigeonhole those who critique Bronner into the role of ‘savage partisans’,

While some critics of Bronner may be unreasonable and have it in for Israel and deliberately conflate the two, I am not one of those.  The Times has had excellent reporters covering Israel in the past.  It will no doubt have excellent ones in future.  But Bronner is not one of these.

I am not arguing that Ethan Bronner is not a good reporter.  I am arguing that he is not a good reporter when covering this issue.  His ideological biases, as subtle as they might be (and I know many of my readers find this too sympathetic to Bronner), are readily evident and compromise his work.  Keep in mind that not only is his son now in Tzahal, but his wife is Israeli as well.

Jeffrey Goldberg at the Atlantic points out an important issue in conflicting loyalty–it can be a two way street. Just because Bronner’s son is in the IDF doesn’t mean that will make Bronner’s coverage more pro-Israel. “In fact, the opposite could be true,” he writes, Feb. 8. “Wouldn’t it be in Bronner’s best interest to write critically of offensive Israeli military operations, in order to influence events in such a way as to keep his son out of harm’s way?”

Per Times policy, the paper should be looking at Bronner’s position critically, disclosing his conflicting loyalty (which they did not immediately do) and evaluating his role. Goldberg, Keller, and Hoyt all say they view Bronner’s previous work as fair and unbiased and expect the same in the future, while FAIR and Silverstein raise valid examples that may show the opposite.

Andrew Sullivan, also writing at the Atlantic adds that he hasn’t “detected a shred of bias in Bronner’s pieces from the NYT on Israel and the Middle East, even though his son is now in the IDF.”  Yet, he writes, “I do believe, however, that it should have been clearly disclosed without pressure from the outside forcing the NYT into a disclosure that clearly would not have happened without a public editor. Keeping such a potential conflict of interest under wraps – even as questions of war crimes are being debated in a military in which Bronner’s son is now fighting – was a clear lapse of ethical judgment on Bill Keller’s part, not Bronner’s, who rightly informed his editors.”

iMediaEthics contacted Bronner to ask for a response to critiques from FAIR and Silverstein about his coverage.  We will update with any response.