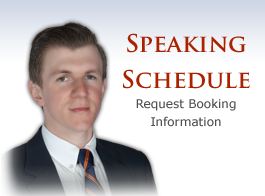 O’Keefe is the conservative activist who taped and selectively edited his undercover conversation with representatives from ACORN.  The tapes led to ACORN’s April 2010 closure.

That video’s editing was also questioned.

“I can’t reveal all the details yet, but I can tell you that we have evidence of government employees gladly offering public assistance to individuals representing themselves as drug smugglers and members of a terrorist group.”