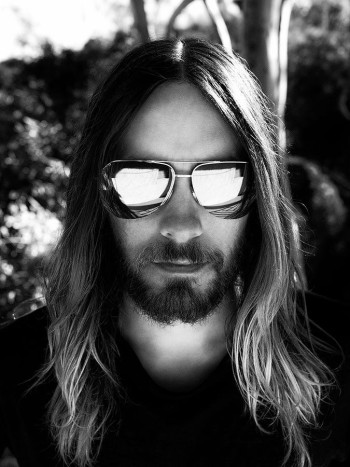 Actor and musician Jared Leto is suing TMZ over its publication of a video showing him talking about Taylor Swift.

The TMZ post is headlined “Jared Leto: Screw Taylor Swift!! But I’d love one of her hits.”  The 1 minute 15 second video shows Leto sitting at home with someone listening to Taylor Swift’s latest CD, 1989. Leto criticizes some of the songs, comments “I want to steal that” about one part of a song, and says “F*** her” at the end.

After the video was posted by TMZ, Leto tweeted that he thinks Taylor Swift is “amazing + an incredible example of what’s possible.”

The truth is I think @taylorswift13 is amazing + an incredible example of what's possible. If I hurt her or her fans my sincerest apologies.

He also tweeted Dec. 10 about the TMZ post and the legal case, writing: “an invasion of privacy, stolen footage and why I chose to fight back” with a link to his statement about the lawsuit.

“I have chosen to file this lawsuit not because I want to, but in hopes it will encourage more people to stop trafficking in stolen goods, to follow proper legal procedure and so that it may motivate additional consideration for the harm these acts can create, especially when the only intention is to simply further the bottom line for the companies and corporations that commit these acts.”

An invasion of privacy, stolen footage and why I chose to fight back. https://t.co/3iNeoSXiFu pic.twitter.com/PhO1g0gPCS

In a statement published by The Hollywood Reporter, Leto said the video of him was “personal and private” and that his representatives told TMZ not to publish the video. “My team notified TMZ immediately that I fully owned the footage and that their source had absolutely no rights to sell it,” he said. “They chose to post it anyway. Let’s be clear. This was stolen footage. This was an invasion of privacy. And it was both legally and morally wrong.”

iMediaEthics has written to Leto’s lawyer and TMZ for comment.