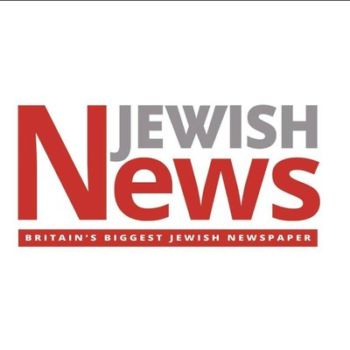 Last year, the Jewish News published claims that Baroness Sayeeda Warsi “sought to excuse” ISIS terrorism and didn’t think “British Muslims who murder and rape for” ISIS should be prosecuted.

While the Jewish News, which claims to be “Britain’s biggest Jewish newspaper,” apologized back in November for the allegations against Warsi, the matter didn’t get fully resolved until late last month.

The Jewish News is paying Warsi £20,000 over the false claims, the UK Press Gazette reported. In addition, the newspaper apologized on its front page.

iMediaEthics has written to Warsi’s attorneys and the Jewish News to ask if the apology published on the front page was the same as the apology from October and for more information about the settlement.

The apology states in part,

“We wish to make absolutely clear that these allegations were wholly untrue and should never have been published. Baroness Warsi is utterly appalled by the actions of ISIS and all terror groups (indeed, she is widely reported to be on an ISIS death list herself) and has never said anything to remotely suggest otherwise. She also believes that ISIS fighters returning to the UK should face the full force of British law.”

Warsi’s lawyers at Carter-Ruck issued a press release about the settlement, which states Warsi intends to donate the £20,000 to charities. In that press release, Warsi calls the original Jewish News article “untrue and offensive.”

“Predictably, [the article] was widely shared online and on social media and caused a divisive debate, and as a consequence I was subjected to much abuse over a period of 7 months,”she is quoted as saying. “I am a passionate supporter of interfaith relations, and unfounded allegations such as the ones published by Colonel Kemp and Jewish News serve only to reinforce and inflame the divisions between communities.”

Warsi continued that she wanted an “early apology and retraction” but alleged that the Jewish News reacted with “contempt..for the first 6 months.” She also claimed Col. Richard Kemp, who wrote the column that contained the false claims about her, hadn’t responded to her lawyers. iMediaEthics has tweeted Kemp to ask for a response.