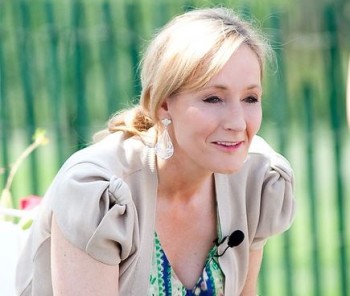 J.K. Rowling won an apology and damages from the Daily Mail last year after the newspaper mischaracterized her personal writing about being a single mother as a “sob story.” But the fight between the Mail and the Harry Potter author didn’t end until today.

Today the lawsuit is finally over because Rowling’s lawyer read a two-page statement in court on her behalf about the case.

Rowling “now considers that she has been fully vindicated, her reputation has been restored and accordingly is happy to bring these proceedings to a close,” her lawyer said in court. The two-page statement is published here on Rowling’s lawyer’s website.

It said in part that the Mail‘s article made her “understandably distressed.”

“This distress was exacerbated by the dismissive manner in which the Defendant dealt with the Claimant’s complaint in respect of an obviously defamatory and indefensible Article,” her lawyer said. “Following publication of the Article, the Claimant, through her solicitors, wrote to the Defendant requesting only that the online Article be removed and a sufficient apology published.”

He went on to say the Mail “refused to remove the Article or apologise and denied that the Article was even capable of defaming the Claimant for several months.”

Now that the statement has been read, in addition to the previous correction and settlement, Rowling has ended her lawsuit against the Mail.

Rowling wrote a first-person article in 2013 for UK charity Gingerbread, which offers help to single parents, saying, “I am prouder of my years as a single mother than of any other part of my life.” She wrote about working as a single mother at a church and specifically mentioned one occasion when someone called her “The Unmarried Mother.”

The Mail then wrote about her Gingerbread article, publishing a story headlined “How JK Rowling’s Sob Story about her past as a single mother has left the churchgoers who cared for her upset and bewildered.” The Mail article suggested that Rowling lied about her past, as iMediaEthics previously reported, claiming that church members said they supported Rowling.

Then Rowling sued the Mail for libel, accusing the newspaper of taking her remarks out of context and changing the story. Rowling’s lawsuit said the article was “misleading and unfair.”

Just a few months after Rowling announced her lawsuit, the Mail said it would publish a correction and apology and pay her damages, which she said she’d donate to charity.

But Rowling also wanted to read a statement in court criticizing the article and the Mail.

The Mail, of course, didn’t want that, and argued that it already resolved the issue with Rowling, the Press Gazette reported.

However, UK judge Justice Tugendhat said Rowling could make her statement. The Mail then appealed that because it didn’t want Rowling to say the newspaper was “dishonest,” but the Court of Appeal upheld Tugendhat’s ruling, according to the Press Gazette, leading to today’s statement.

iMediaEthics has written to Rowling’s PR representatives and the Mail for comment.