Journalism Conference in Mysore, India Calls for Self-Regulation of Media, but what about Press Council? - iMediaEthics

Journalism Conference in Mysore, India Calls for Self-Regulation of Media, but what about Press Council? 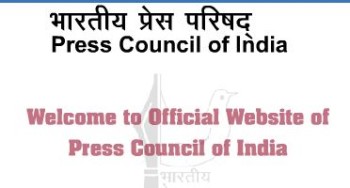 A former Indian state ombudsman, Santoch N Hegde, called for self-regulation in Mysore’s media at a Jan. 26 journalism discussion, Star of Mysore reported.  The discussion, “Journalism and Accountability,” was held by the Mysore District Journalists Association. Mysore is “the second biggest city” in the Indian state Karnataka and is “130 kms” from Bangalore,” according to Mysore.net.

Hegde is quoted as saying: “If the media does not regulate itself, the government (politicians) will soon bring in some legislation that may take away media’s freedom of expression.”  The Deccan Herald reported that Hegde also suggested media companies each hire an ombudsman.

Likewise, Mysore’s “principal district and sessions Judge” H.P. Sandesh called for a national debate on the issue, according to Star of Mysore.  Sandesh added that “We must practice values instead of preaching. It is applicable not only to the scribes but also to people of all professions,”

However, Star of Mysore’s editor-in-chief, K.B. Ganapathy argued that Mysore’s media doesn’t need a “regulatory body” because any media wrongdoing can currently be addressed by the current law.  Ganapathy also criticized the Press Council of India because it doesn’t have “the powers needed to control the media” and advocated both transparency and accountability in journalism.

We have written to Ganapathy, who is also the vice president of the Mysore District Journalists Association, asking for more information about the group and will update with any response. We also asked him what changes he suggests be made in the Press Council of India to make the organization more effective.

Journalism Conference in Mysore, India Calls for Self-Regulation of Media, but what about Press Council?