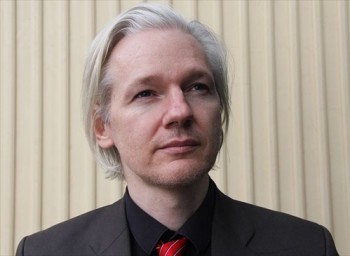 Julian Assange has agreed to be questioned by Swedish authorities in London, Sweden’s English-language news site The Local reported.

“We have today sent a confirmation to prosecutors that Julian Assange agrees to be questioned. He assumes that the interrogation will follow the existing rules framework,” Assange’s lawyer Thomas Olsson said to the Swedish newspaper Dagens Nyheter.

Olsson told Reuters “now we await further word” from Swedish prosecutors to see if the interview will move forward.

The police wanted to interview him in Sweden but Assange has avoided extradition, instead famously going to the Ecuadorean embassy in London where he has been living since June 2012.

The Swedish Prosecutors’ Office’s Karin Rosander confirmed receiving Assange’s lawyer’s agreement for Assange to be interviewed.  Rosander said “prosecutors will comment on that tomorrow. It will be published on our web page www.aklagare.se (also in English).”

Rosander said there is no time set up yet for the interview. “At present, it is not possible to estimate when the interview will take place,” Rosander wrote.

Rosander explained why the proseuctors had to get Assange’s consent:

“The reason for requesting Mr. Assange’s consent is that, according to English law, a person being interviewed within the regulation of international legal assistance in a criminal case must also provide his or her consent. Next step for the prosecutor will be submitting a request for legal assistance to the English authorities. A request will also be sent to the Ecuadorian authorities regarding permission to perform investigative measures at the country’s embassy in London.

“As the legal basis for the interview is the European Arrest Warrant, issued by the prosecutor in 2010 and who is competent to do so, there is no need for further consents from Swedish authorities regarding the interview.”

The statute of limitations on the crimes he is accused of run out between this August and 2020, The Local reported. Because of that, the Swedish prosecutors said they would agree to interview him in London. “If Assange gives his consent, the prosecutor will promptly submit a request for legal assistance to the British authorities to further continue the investigation,” director of public prosecutions in Sweden, Marianne Ny, said in a statement, CNN reported last month.

“My view has always been that to perform an interview with him at the Ecuadorian embassy in London would lower the quality of the interview, and that he would need to be present in Sweden in any case should there be a trial in the future,” Ny said in the statement. She went on:

“This assessment remains unchanged. Now that time is of the essence, I have viewed it therefore necessary to accept such deficiencies to the investigation and likewise take the risk that the interview does not move the case forward, particularly as there are no other measures on offer without Assange being present in Sweden.”

Assange has not been charged, as iMediaEthics has reported, but he has been accused of sexual assault and rape.