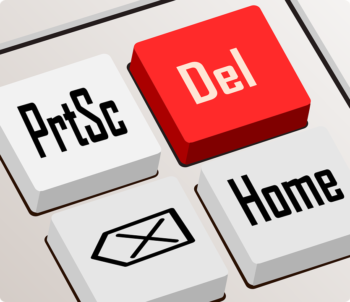 The Kansas City Star deleted a column suggesting if women are raped while drunk, it’s their own fault. Laura Herrick’s controversial comments about rape included her remark, “Don’t yell rape if you regret your actions of the night before.”

iMediaEthics verified with the Kansas City Star that the column wasn’t up to the newspaper’s standards. The Star pointed iMediaEthics to its apology, published tonight, titled “Rape is not the victim’s fault. Period.” Publisher Tony Berg admitted the column “should never have been published.”

“We made the decision to remove it from our website based on the following indisputable facts: 1. Rape is a violent act in which the victim loses control. 2. If a person is incapacitated and someone takes advantage of them sexually, the law considers that rape and the victim is blameless,” Berg wrote.

The apology goes on to accept responsibility and affirm that the newspaper doesn’t think sexual assault is ever the victim’s fault.

“As the publisher of The Star, I take responsibility for what shows up in our editorials,” Berg went on. “I appreciate the point the writer was trying to make about responsibility, particularly when alcohol is involved. But as an older brother to two sisters, I believe when a person is sexually assaulted, it’s not their fault. Period. I apologize that the column was published and assure you we are putting even more measures in place to ensure this doesn’t happen in the future.”

Below read a selection of quotes from Laura Herrick’s column, via Jezebel, including

“I saw a quote on Facebook that said, ‘When a woman drinks too much she expects to wake up the next day hung over, not raped.’ I agree.”

“No, she’s not asking to be raped by being drunk. But isn’t it her responsibility to reduce the risk by not getting to that point? And if you wake up the morning after doing the ‘walk of shame’ don’t yell rape if you regret your actions of the night before. Accept your role in what happened, learn from the experience and move on.”

“When men drink, their decision-making abilities are also limited. If a woman was too drunk to know what she was doing and should be excused for what happened, then why are men not allowed to be too drunk to make good decisions?”

“And if a woman is so intoxicated that she can’t remember giving consent for sex, then how can she know that she didn’t give consent? Maybe she forced herself on the man. Or maybe she initiated the encounter.”

“Bottom line: Men, stop acting like animals and having sex with anything that breathes, and intervene when you see a situation that you know is wrong.”

“Women, take charge of your bodies and your sexuality by being sober enough to stop unwanted advances and sober enough to actually enjoy sex when you choose to have it.”

Herrick’s op-ed was re-posted in full here. Herrick told Kansas City CBS-affiliate KCTV that she stands by her commentary and she didn’t know it was removed or why. We’re attempting to contact Herrick for further comment.

A link to the article goes to an error page. At the end of one of Herrick’s previous columns for the Star is this note: “Laura Herrick has been a public school teacher for 25 years. She has written a book on parenting and is now writing books for children. Reach her at oped@kcstar.com.”