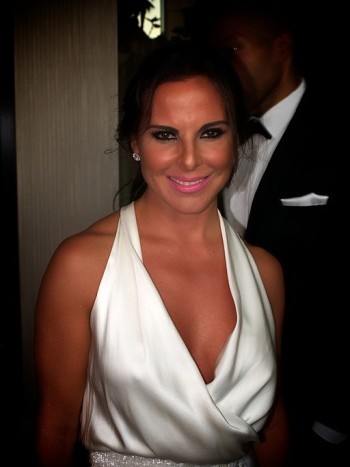 How did the whole meeting with Penn and El Chapo come to be? According to the New Yorker‘s article, following del Castillo’s sympathetic tweet toward El Chapo, the drug kingpin’s lawyer contacted her in 2014 about making a movie on El Chapo’s life. When she met with two of El Chapo’s lawyers in Mexico, they said drug lord wanted to give her the rights to his life story.

“On January 9, 2015, Guzmán signed over his story rights to Kate del Castillo, for a project to be co-produced by” two Argentine producers. One of these producers told Sean Penn, who then asked for a meeting with del Castillo. When Penn met del Castillo, he asked about the possibility of meeting El Chapo.

El Chapo texted del Castillo about meeting and she was going to bring Penn, who El Chapo didn’t know about, and the two Argentine producers. Del Castillo told the New Yorker she thought Penn was interested in the movie but didn’t know he was working for Rolling Stone.

On the plane to Mexico were del Castillo, Penn and the two Argentine producers, Fernando Sulichin and José Ibáñez, the New Yorker reported, with Penn “carrying a letter of assignment from Wenner, saying that Penn, Sulichin, and Ibáñez would be the story’s authors. (Del Castillo says that she did not know about the letter.)”

When asked about del Castillo’s claims, Penn told the Associated Press that “I stand by my piece” and “I think Kate would be happier to separate herself from recollections that inflame the Mexican government at this point.”