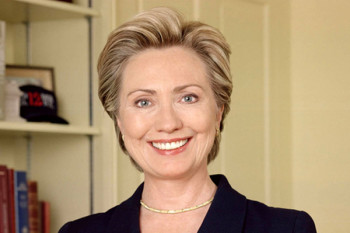 Parade magazine added an editor’s note to a 2009 profile of Hillary Clinton after e-mails between her team saying the article’s author Leslie H. Gelb promised “veto power” were published on the State Department website.

But, Gelb didn’t give that “veto power” and says he didn’t make any changes to his article at Clinton’s team’s request.

Gelb told iMediaEthics he didn’t give or promise Clinton any veto power, but instead did allow Clinton to read the piece before publication for fact checking purposes. The author of the e-mail saying Gelb made the promise, Lynn Forester de Rothschild, also says she shouldn’t have used the phrase and that she mis-characterized his intentions.

The editor’s note on the Oct. 25, 2009 “24 Hours with Secretary of State Hillary Clinton” article reads:

“Editor’s Note: The following story was originally published in 2009. Parade was acquired by Athlon Media Group (AMG/Parade) in September 2014. While we cannot speak to the policies of prior owners, AMG/Parade does not promise favorable coverage or allow any story subject control of the editorial process.”

2009 e-mails from fundraiser de Rothschild to Clinton, released June 30 by the State Department, said Gelb wanted to write about her and would allow her to have veto on the story.

“He would like to do a day in your life, when you meet with members of Congress and international figures,” de Rothschild wrote. “He wants to show the impact you are having domestically and internationally. He said he would give you a veto over content and looked me in the eye and said, ‘she will like it.'”

Gelb disputed that he gave Clinton veto power, telling Politico he let Clinton’s staff “look at the copy for factual errors before I filed it,” but that it was “total bullsh-t” he allowed Clinton to have veto power over any of the other content.

He said the e-mail characterizing him as promising a positive article that Clinton could OK was “pure fiction.”

“Anyone who knows me knows I wouldn’t say such things — and never did,” he wrote. “This was a piece for Parade. Parade has never done a hit job on anyone. My piece was to be a day in the life … not likely to go into in-depth evaluations. And the piece didn’t go much beyond Parade papp. And If you read the thing, you’ll see I did state one or two precautions about Hillary.

“Anyway, as I said regarding any ‘veto power,’ bullsh-t. And yes I did let them look at text for fact checking,” he added. “But as I remember, I made no changes. Only changes were from Parade editors, all modest and forgettable.”

Gelb confirmed to iMediaEthics all he let the Clinton’s team do was read the piece for fact checking and to ensure no classified material accidentally made it to publication.

“I did give Hillary people fact checking rights and here’s why,” he told iMediaEthics. “I sat in on all her meetings that day except the White House one and a couple telephone calls. Classified info was discussed throughout the day and I agreed I wouldn’t publish classified stuff, just the general substance of each meeting (if there was any substance). So, sure I gave her people a chance to see the copy. And yes, they asked for and I made no changes whatsoever.”

Likewise, de Rothschild backed Gelb’s account of not promising a veto on the article’s contents. De Rothschild told the Washington Post “I totally agree with Les Gelb saying that my use of the word ‘veto’ was bullcrap. Les is absolutely right that I should not have used that word.”

She added, “If you put a gun to my head, I never would have remembered writing that.”

In an e-mail to iMediaEthics, Gelb criticized the media for not contacting both de Rothschild and him for comment before reporting on the e-mail. From his recollection, the Boston Globe reached out before publication, but he contacted other reporters.

“Others, if I remember rightly, I contacted after I read their stories or in response to emails to the” Council on Foreign Relations, for which Gelb is president emeritus.

“Instead all wrote the typical he said/she said pieces,” he wrote. “These are invariably damaging to the accused.”

Gelb also told iMediaEthics he didn’t write the blurb at the top of the Parade article where the day with Clinton was described as “inspirational,” a characterization he said he wouldn’t have used.