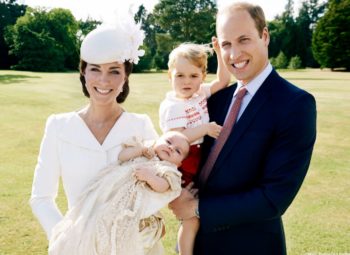 Shortly after the photos of Middleton sunbathing in a private residence on a private vacation with Prince William were published, the royal couple sued over invasion of privacy. The couple also obtained an injunction to prevent Closer from publishing the images again.

Now, five years after publication, the invasion of privacy lawsuit is in court at the Tribunal de Grande Instance de Nanterre, with Prince William calling the photos “particularly shocking.”

A statement read in court on the royal couple’s behalf states in part, according to the Telegraph, “We know France and the French and we know that they are, in principle, respectful of private life, including that of their guests. The clandestine way in which these photographs were taken was particularly shocking to us as it breached our privacy.” He also linked the photos to the “harassment that led to the death of” Princess Diana.

iMediaEthics has written to their lawyer Jean Veil to ask what motivated the couple’s decision to continue the case and exactly what they are seeking. The Guardian reported that Closer‘s lawyer, Paul-Albert Iweins, said the couple wanted 1.5 million Euros in damages

The six on trial are:

Moreau and Jacovides’s lawyer says “they are not involved,” according to the Associated Press. iMediaEthics has left a voicemail with their lawyer so we can ask if this means that they are arguing they didn’t take the photos, or if they didn’t think they were responsible because they aren’t publishers.

Mauri’s lawyer defended the photos, saying “the article made everybody happy” because of “the couple was presented under a very favorable light,” the AP reported. iMediaEthics has written to Mauri’s lawyer as well as Mondadori, the publisher of Closer, to ask if the magazine still stands by publication of the photos.

“[Valerie] Suau has admitted taking the photos but said she didn’t consider she had breached their intimacy at the time,” the Telegraph reported.

Neither the royal couple nor the executives on trial were in court the first day, according to the Associated Press. The verdict is set to be announced July 4, the Guardian notes.