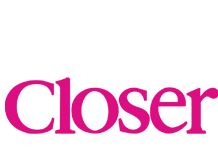 After a French magazine published photos of Kate Middleton topless, she and her husband Prince William are suing for what a royal family spokesperson called a “grotesque and unjustifiable invasion of privacy,” the BBC and Reuters reported.

The Clarence House issued a statement saying that the couple were “hugely saddened to learn that a French publication and a photographer have invaded their privacy in such a grotesque and totally unjustifiable manner.” The unnamed spokesperson went on to compare it to “the worst excesses of the press and paparazzi during the life of Diana, Princess of Wales,” and say “it is unthinkable that anyone should take such photographs, let alone publish them.”

According to the Toronto Sun, Closer is “a weekly round-up of celebrity gossip,” but Mondo Times identifies it as a “magazine covering womens lifestyle.”

The photos were taken “during their private holiday in France” and the BBC reported that the magazine’s editor, Laurence Pieau, claimed the pair were “on the terrace of a mansion in the south of France which is not far from a road along which cars pass without any problem. They are visible from the street.”

“As the owners of the Closer brand and publishers of Closer magazine we have complained in the strongest terms to the licensee of Closer France, over the publication by them of photographs of their Royal Highnesses, Prince William and the Duchess of Cambridge.

“We deplore the publication of these intrusive and offensive pictures and have asked that Closer France takes these pictures down immediately from its website and desist from publishing any further pictures.  Bauer Media and Closer UK regards publication of these photographs as a gross intrusion of their Royal Highnesses’ privacy.

“We were not aware in advance of the purchase of these photographs or of any intention to publish. We have absolutely no control over the editorial decisions of Closer France.  In the light of their publication, we are now urgently discussing this matter with our licensee and reviewing the terms of our licence agreement with Closer France.  Like our readers we are appalled and regret the pain the publication of these photographs has caused.”

The New York Times noted that “A Web version of the cover of Closer magazine hid its content behind a thick, black bar,” but that the print version of the pictures were “grainy.”

The BBC added that UK publications including the News Corp-owned Sun and the Mirror both said they “were offered photographs last week but turned them down.”  The Sun’s editor Dominic Mohan differentiated between these photos and the naked Prince Harry photos the Sun published last month because Prince Harry “was at a party in a hotel suite with a large group of strangers.”

We’ve written to Closer for comment and will update with any response.