Kate Middleton's Voicemails Hacked, According to News Of World Trial

Kate Middleton’s Voicemails Hacked, According to News Of World Trial 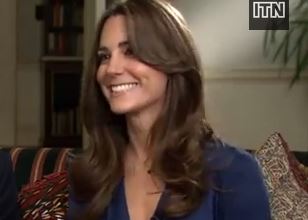 Even the British royal family’s personal phone calls were spied on, according to evidence presented at the ongoing phone hacking trial in the UK against employees of the now-defunct Rupert Murdoch-owned newspaper, News of the World.  Transcripts of voicemails were presented by the prosecution, according to The Guardian.

According to The Guardian, the news of Middleton’s hacking is particularly important because “It is the first time the now-defunct tabloid, owned by Rupert Murdoch, has been accused of illegally intercepting the voicemails of anyone directly related to one of the royals.”

The transcripts showed evidence that the hacking produced “intimate and private messages left by the prince” to Middleton, calling her nicknames like “babykins.” Journalists at News of the World later published stories based on information illegally obtained from the voicemails, like news about Prince William’s military training.

The tabloid hacked her phone several years ago, when she was dating Prince William.

If you live in a cave, you might be unaware that The News of the World was shut down in 2011 amidst growing evidence of phone hacking at the News Corp-owned paper.  A trial against several key News Corp editors and employees at the time of the hacking, including former News International CEO Rebekah Brooks, began this October.

Kate Middleton’s Voicemails Hacked, According to News Of World Trial