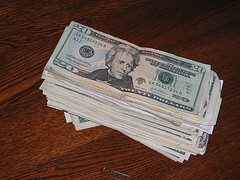 South African newspaper The Standard corrected its report on $10 million cash lost in a Kenyan airport — well, sort of.

iMediaEthics wrote last month about The Standard’s $10 million cash story after a Kenyan journalist, Dennis Itumbi, called the story fake.  As Itumbi explained in a post for Journalism.co.za, the story was debunked online for a variety of reasons — including the sheer weight of $10 million cash and the improbability that someone could carry that much in a carry-on bag.

We asked Itumbi if The Standard has corrected its story, and he sent us The Standard’s follow-up story that corrects the record without admitting any error on the newspaper’s behalf.  That story, published in mid-April, admitted that “no money has been reported lost in an alleged incident” at the Kenyan airport.

Itumbi commented on the “correction,” noting that “the catch is that unlike previous apologies which were clearly headlined as Clarification or Apology, this was treated as a Right of Reply, though the affected politicians did not accept it they let it go.”

Instead, The Standard reported that a police spokesperson, Eric Kiraithe, stated a bag with an iPad, two cell phones, and other “accessories” was reported missing. Likewise, Kenyan finance minister Uhuru Kenyatta reportedly responded to the story, which didn’t name but did implicate him as having lost the bag, called it “an atrocious falsehood and part of a wider conspiracy to discredit” him.

Itumbi also owns “a group of several grassroot” monthly newspapers, blogs, and writes for news sites like Journalism.co.za and NewAfricaAnalysis.Co.Uk.

StinkyJouranlism asked Itumbi what other journalism ethics issues he sees as concern in South Africa.  According to Itumbi, three main issues include “brown envelope culture” or bribery for coverage, public relations coverage in the newspapers and “blood photos and images.”

Itumbi commented “There is too much blood on TV and newspapers, even showing dead bodies on television and photography.”

Journalism.co.za’s editor, Franz Kruger, clarified that Journalism.co.za, which has “a particular interest in ethics,” isn’t affiliated with Journalism.co.uk, but with the University of Witwatersrang. Kruger added that while Journalism.co.za is South Africa-based, Itumbi is the site’s Nairobi correspondent.