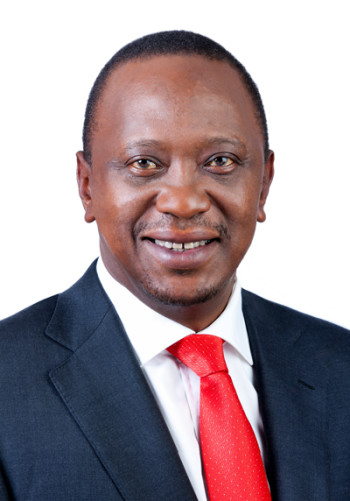 Kenyan newspaper The Nation fired writer Denis Galava more than two weeks after his editorial critical of Kenya’s president was published. The Nation claims the firing was because Galava published the editorial without getting it vetted by the newspaper, which is a breach of standards. Galava, however, says he typically didn’t have to get his editorials checked before publication.

After a suspension, Galava said he received a firing letter this week. “Just been fired over the editorial I wrote in the Saturday Nation on January 2,” Galava, who was the managing editor for special projects, tweeted. The Nation is a daily newspaper based in Nairobi and owned by Nation Media Group.

The paper’s editor-in-chief Tom Mshindi told iMediaEthics by e-mail that Galava “was fired after it was established that he did not follow due process in writing and filing an editorial for the newspaper.”

“An editorial, as you may know, is the position of the media organization on any issue it chooses to comment on and hence is NOT the opinion of the writer,” he went on. “Every news organization has a procedure to identify, write, submit, review before an editorial is published. He did not follow procedure and published an editorial that was not cleared.”

Mshindi said that the firing came “after a due process provided for in the company policy.”

Galava’s Jan. 1 editorial, “Mr. President, get your act together this year,” criticized Kenya’s president. The editorial read in part: “We reject the almost criminal resignation and negligence with which your government has responded to our national crises this past year. We need not recount the number of lives lost, the losses incurred by businesses and opportunities wasted for millions of Kenyans due to the incompetence of the Executive. With the exception of a few family businesses and tenderpreneurs who raked in billions of shillings — thanks largely to political patronage — everyone is losing money in this country.”

Just been fired over the editorial I wrote in the Saturday Nation on January 2. https://t.co/YQg86Zw4AS

When the suspension was reported, a statement from the newspaper, reported on by Kenya’s The Standard, quoted The Nation‘s Mshindi saying the paper wanted Galava “to take some time off to allow us time to review the circumstances of the writing and filing of the editorial.”

“The lack of consultation and review of the editorial on the material day – where one writer takes a strong position on such an important issue single-handedly without broad discussion and consultation – is a significant departure from established procedure,” Mshindi went on.

Mshindi claimed the problem wasn’t “necessarily the content of the editorial” but rather following the practices of the paper. “The purpose of this process of review and consultation is not so that the content is changed or censored. It is to prepare the leadership of the company to deal with the consequences, if any, of that publication,” Mshindi is quoted as saying.

In a statement, freedom of expression group PEN Africa Network criticized the suspension, calling it “an attempt by the government to suppress the independence and freedom of the media and free expression by the citizens of Kenya.”

The Nairobi Star reported Galava said he got a letter signed by the editor-in-chief and human resources manager telling him he was fired for breaking standards by publishing the editorial without prior review by the paper, which he said he never has had to do before or been told it is expected. “I have penned more than 100 editorials and did not need guidance or any form of procedure before they were ready, so it is shocking when they talk of my not following editorial procedures or policy,” Galava is quoted as saying.