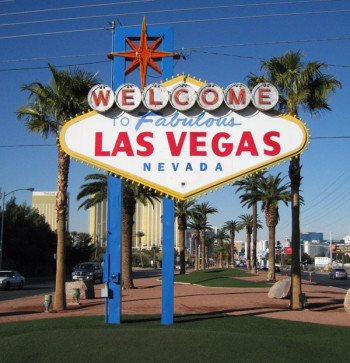 In a statement, Smith said in part, “If you don’t have the freedom to call the community’s heavyweights to account, then that ‘commentary’ tag isn’t worth the paper on which it’s printed.”

“We are sorry John chose to leave,” the paper’s editor Keith Moyer told iMediaEthics by e-mail. “We wish him well.”

“The timing of the suits had no bearing whatsoever on my decision, nor should it have,” Moyer said to iMediaEthics. “There is no statute of limitations on such conflicts.”

According to journalist John Ralston, the newspaper’s editor Keith Moyer said in a Society of Professional Journalists meeting, “As long as I’m editor, John won’t write about Sheldon Adelson.”

Moyer said at the meeting that the conflict wouldn’t be fixed by a disclosure and that it “was a problem” that Smith was able to write about Adelson. When asked if Smith was the only staffer prohibited from covering Adelson, Moyer told iMediaEthics, “As an ‘opinion’ columnist, he wrote about situations, things and people. Our ‘reporters’ are free to write about Adelson as news happens. We often write about Adelson and his companies, including when the story reflects disappointing corporate results, court decisions, SEC rulings, etc.”

Moyer said that “the strongest measure was best” in not allowing Smith to write on Adelson and Wynn and that, despite the ban, Smith still had “thousands of other people, things and news events” he could write about. Moyer also noted that Smith was sued over his books and not Review-Journal articles.

“Because they sued him, and not the Review-Journal, this created a distinct personal conflict of interest for John,” Moyer wrote to iMediaEthics. “I never suggested or believed John would use his column to settle a personal score, but if his writing on Adelson and Wynn created even a perception of score settling in the minds of readers, then it would have reflected on the credibility of the institution.”

“I simply applied the tried-and-true principle that the editor-in-chief of a media organization should always place the credibility of the newspaper above the interests of any one individual.  Finally, as to the straw argument that others might sue our reporters or columnists to deter them, I can say unequivocally that we will defend Review-Journal work by our journalists to the bitter end with the best legal minds available — without those journalists having to fear retribution from the newspaper for having been sued. The notion that we would do otherwise is absurd.”

Moyer told iMediaEthics that Adelson was unaware of the decision against allowing Smith to write about him. “Adelson, in fact, has absolutely NO role to play in how we run the newsroom and cover stories,” he said.

That revelation “was the first time the news was made public,” Ralston reported. Moyer confirmed with iMediaEthics the ban began in late January.

At the meeting, Moyer was asked whether Smith was allowed to write about Wynn, and Moyer said he didn’t know Wynn had (unsuccessfully) sued Smith. The ban on covering Wynn was added Monday, Moyer told iMediaEthics.

Reporters at the Review-Journal were awarded the University of Oregon’s School of Journalism and Communication’s Ancil Payne ethics award this year for their uncovering of, and then coverage of, the secretive purchase of the newspaper by the Adelson family.