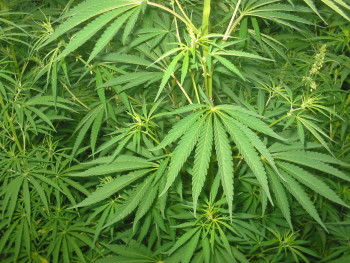 “The fake release, which was published on a site designed to look like the UNODC’s [United Nations Office on Drugs and Crime], announced that the office was unveiling an ‘historic 4/20 policy’ to decriminalize marijuana, CNN Money reported. “It also featured a false statement attributed to Yuri Fedotov, the UNODC executive director, and ‘UNODC Public Information Officer Kevin Campo.'”

Marijuana.com is credited by RawStory for busting the hoax. Marijuana.com’s Tom Angell told Raw Story “I came across the quote from Yury Fedotov, and the spokesperson, and just immediately knew they couldn’t be real based on UNODC’s real position.”

Marijuana.com explained that the fake press release is published on a site that closely mimics the real UNODC site.  “The site on which the release is housed, unodcpress.org, looks identical to the real UNODC site, except that going to the unodcpress.org homepage redirects right to the press release — one of many red flags that should have made the Times skeptical of running with the story.

The Los Angeles Times pointed iMediaEthics to its correction, which it published April 22 and reads:

“This article quotes Yuri Fedotov, the executive director of the United Nations Office on Drugs and Crime, as saying the agency was changing course in the war on drugs and was examining the decriminalization of drug use, among other innovations. Though the U.N. was examining policy changes, that statement was based on a news release that was a hoax.  Fedotov’s other comments in the article are based on an email conversation he had with The Times. The article also quotes Kevin Campo, who is identified in the fake news release as a spokesman for the U.N. agency. He is not an agency spokesman.”

iMediaEthics has written to the UNODC for further comment.