Manchester Bombing Should Have Been at Australian Broadcasting Corp? Australian news site apologizes 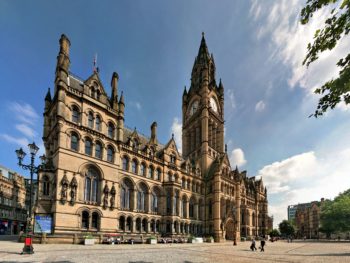 Conservative Australian news site The Quadrant said it would have been better if the Manchester bombing at an Ariana Grande concert had happened at the Australian Broadcasting Corp.

Quadrant‘s editor-in-chief Keith Windschuttle admitted the article “should not have been published.”

“The article represents a serious error of judgment and should not have been published,” he is quoted by News Corp Australia-owned daily newspaper The Australian as saying.

The inciting comments were in a May 23 article, “The Manchester Bomber’s ABC Pals,” by editor Roger Franklin. iMediaEthics viewed the article May 24 but the article was deleted soon thereafter. The article said, when iMediaEthics saw it:

“What if that blast had detonated in an Ultimo TV studio? Unlike those young girls in Manchester, their lives snuffed out before they could begin, none of the panel’s likely casualties would have represented the slightest reduction in humanity’s intelligence, decency, empathy or honesty.

“Mind you, as [ABC host Lawrence] Krauss felt his body being penetrated by the Prophet’s shrapnel of nuts, bolts and nails, those goitered eyes might in their last glimmering have caught a glimpse of vindication.

“A blast of Manchester dimensions must surely knock over the studio’s lunchroom refrigerator.  Allah only knows how many innocent lives that shocking incident might claim.”

iMediaEthics wrote to Windschuttle to ask if the site will publish an apology, how many editors reviewed the article before publication and if there will be any disciplinary action for Franklin. iMediaEthics also wrote to Franklin, the author of the piece, to ask what motivated his column, if he has been disciplined, and if he has been in contact with the ABC over his article.

The ABC published a statement on its website responding to The Quadrant article. The statement from Managing Director Michelle Guthrie said the article “appalled” her. The ABC brought in “security experts to assess any possible impact flowing from your inflammatory words,” she said.

Guthrie called for an apology and for the article to be unpublished. She added,

“Your subsequent attempt to make amends by changing some of the wording (without acknowledging or apologising for the original article) has done little to undo the damage. The article continues to state that if a blast occurred in one of our studios, none of the likely casualties “would have represented the slightest reduction in humanity’s intelligence, decency, empathy or honesty.”

The ABC declined to comment further to iMediaEthics, noting that Quadrant apologized.

Manchester Bombing Should Have Been at Australian Broadcasting Corp? Australian news site apologizes