Why so many errors in Center for Public Integrity, USA Today front-page tax reform story? - iMediaEthics

Why so many errors in Center for Public Integrity, USA Today front-page tax reform story? 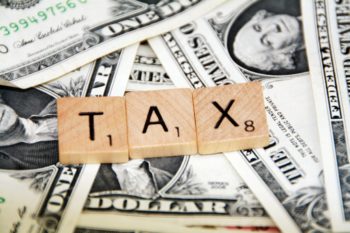 USA Today posted one doozy of a correction for a front-page story on North Carolina’s taxes. In a May 9 print correction, USA Today corrected or clarified four issues in the story, “States may provide a window into taxes under Trump.”

The front-page article, although published by USA Today on its front page, was written and reported by the Center for Public Integrity’s Lateshia Beachum. Beachum is the Kellogg Investigative Reporting Fellow, which according to a 2014 job posting for the position, is a yearlong $35,000 gig.  The tax article was the second article with her byline since November.

iMediaEthics wrote to Beachum to ask how the errors occurred and how she or the center found out about them. Her response was, “I’m not interested in discussing this.”

iMediaEthics has also written to the center to ask how the errors occurred, how the center learned of them, and if it is normal for a reporting fellow to have only two bylines in six months.

The correction was posted both on USA Today‘s website and on the Center for Public Integrity’s website. It corrected these issues:

The Tax Foundation’s spokesperson John Buhl told iMediaEthics by e-mail, “We had been interviewed on two occasions for the piece. When it came out, context we had provided was omitted, presumably to advance a narrative, but there were a number of factual errors as well. We compiled a list and submitted them, and USA Today worked with us and CPI to address all of the factual errors and some of the omissions.”

“Our views on Kansas’s tax cuts (which is readily available on our website) and North Carolina’s decision to repeal the earned income tax credit (though the state did raise the standard deduction to offset the impact) were not included in the original piece.”

Buhl noted the center added the following sentence after the foundation’s complaints. “The foundation says it is nonpartisan, having supported retaining the Earned Income Tax Credit in North Carolina and opposing Kansas’ tax cuts….”

Further, Buhl told iMediaEthics that the center originally didn’t state that the center’s policy analyst Jared Walczak “testified on both the pros and cons of the bill.” As such, Buhl stated the center edited the story to state “‘Walczak offered pros and cons about the West Virginia tax proposal but called it ‘groundbreaking,’ and that ‘sometimes a state needs to consider bolder moves,’ the Gazette-Mail reported.'”

The correction was published on the article on USA Today‘s and Center for Public Integrity’s websites and also in USA Today‘s corrections and clarifications column.

See the correction and clarification in USA Today’s print edition below. 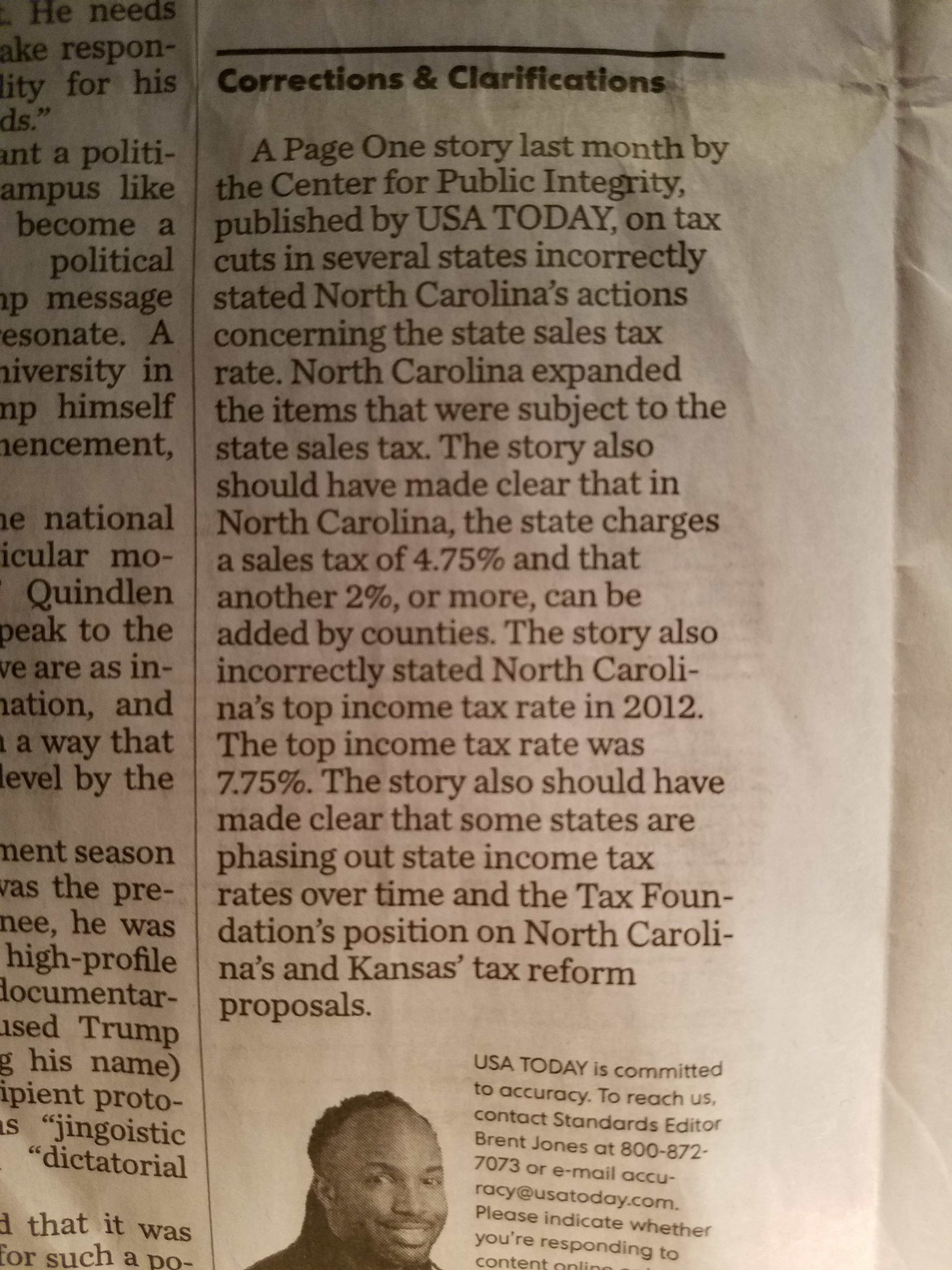 Why so many errors in Center for Public Integrity, USA Today front-page tax reform story?