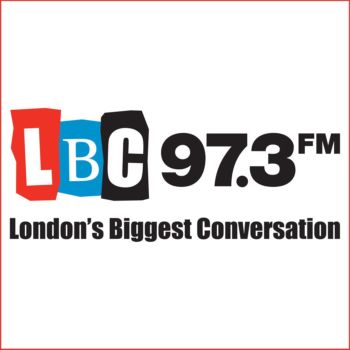 Allen, who hosts a three-hour morning show, discussed an incident when the police told local businesses in Parkland, Gloucestershire to shut down because of “violent disturbances from a group of visitors” in a nearby area. The BBC explained in 2011: “The term traveller refers to anyone who has a nomadic way of life. It can not only refer to Irish Travellers or Romany Gypsies, but also those who live on the road for economic reasons such as New Travellers or Showmen.”

Allen assumed the group of people causing trouble were travellers and said:

“‘Brawling travellers shut down a holiday village’. Why do we have to start being nice to travellers? Every time I read a story in the newspaper its either thieving, robbing or brawling. And this one was terrible, all the businesses had to close and everything else. We had them moving in to a hospital car park a short while ago, it was all very odd. What is the matter with them? What is the matter with them?”

LBC Radio defended the clip as part of Allen’s “familiar style of fast-moving, continuous rhetoric that rarely dwells significantly on any subject,” but that it discussed the comments with Allen who said he would “Take much greater care in this area going forward.”

But, OfCom disagreed, finding the comments “highly pejorative and generalised.” Further, OfCom noted that the traveller community is “a protected racial group under the Equality Act 2010.”

“The likely level of offence in this case would have been increased by Mr Allen’s repeated and emphatic use of the rhetorical question “what is the matter with them?” OfCom ruled. “In our view, this would have served to reinforce Steve Allen’s attribution of a clearly negative stereotype of certain forms of anti-social and criminal behaviour (i.e. ‘thieving, robbing or brawling’) to all members of the travelling community.”

OfCom also called Allen out for assuming the group of people in question were travellers and for providing “no meaningful evidence to justify the generalised and highly negative view of the traveller community that he put forward.” Further, OfCom noted that Allen didn’t have any listener responses to his comments, so there was no balance.

As such, OfCom ruled that LBC Radio broke the broadcasting rule that states, “In applying generally accepted standards broadcasters must ensure that material which may cause offence is justified by the context…”