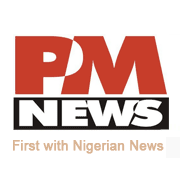 Bad taste? Nigerian news site PM News published a news story on a woman who accused her professor as “demanding sex for marks” (i.e. she said he wanted to trade sex to improve her grades). “Sex for marks” is how the allegations are being referred to.

She recorded a conversation with the professor, and the audio was posted on YouTube. The university, Obafemi Awolowo University, suspended the professor and is investigating.

PM News’ story, however, carried the problematic headline, “See The Face Of Monica Osagie, Who Destroyed A Professor’s Career.” PM News is a newspaper and news site that has a reported circulation of about 60,000 a day, according to its website. The university named Osagie as the complainant, Nigerian news site NAIJ reported.

Less than a day after publishing that headline, PM News apologized for its “faux pas” and having offended readers. The site changed its article’s headline to “See the Face of Monica Osagie who exposed OAU’s Randy Professor.” iMediaEthics has written to Osagie and PM News for more information. The university pointed iMediaEthics to its website.

“Our intention was not to shame the victim but to highlight how a randy and irresponsible professor was pulled down by his student,” the site said.

“This caption is annoying coming from a national newspaper”

“You’re an absolute trash newspaper for this completely ridiculous and biased headline. The Professor trashed his own career and reputation by not being able to keep it in his pants. What rubbish!!”

“This is a misogynist headline that is unbecoming of a national newspaper. The professor is the culprit. No amount of framing can alter that fact.”

“PM news shouldn’t have descended so low to this point of journalism. This type of caption clearly proves that a news platform like this is not worth patronising. No integrity? News for the highest bidder? Is that what you guys do?”

“The title of this article is biased, accusatory and wrong. The student did not destroy the professor; the professor destroyed himself. Shame on this newspaper and the journalist who wrote the article. “

“We hereby apologise to our numerous readers who felt offended by the headline of the above story on our site.

“We have since realised the faux pas in the headline and corrected it to reflect the above.

“Our intention was not to shame the victim but to highlight how a randy and irresponsible professor was pulled down by his student.

“PMNews is popularly known for championing the fight against injustice and the cause of the oppressed. We stand by our credo which is upholding the highest ethics of the journalism profession.

“Thanks for your understanding.”