Melania Trump gets $3 million from Daily Mail over escort libel 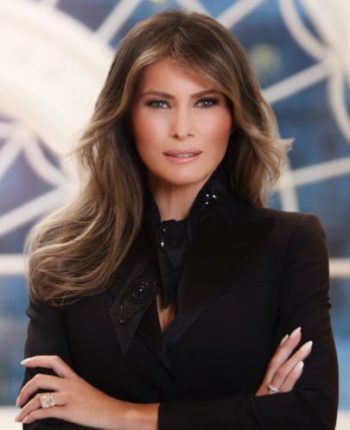 The UK Daily Mail paid U.S. First Lady Melania Trump approximately $3 million after reporting claims she had been an escort, according to the Wall Street Journal and Associated Press reports.

The Mail and its website Mail Online also published questions about Trump’s past as a professional model and doubts about when she met Donald Trump, assertions that Trump also found offensive and libelous.

Melania Trump’s lawyers sent iMediaEthics a press release statement this morning announcing the settlement, explaining the case has been settled now that the Daily Mail and Mail Online retracted, apologized and paid damages and costs.

Trump’s lawyers also provided a statement on her behalf. “The First Lady Melania Trump is very pleased that she has resolved this matter favorably with the Daily Mail, which has issued a full and complete retraction and apology for its false statements about her, and agreed to pay her million of dollars in damages and full reimbursement of her legal fees costs,” the statement reads. “Mrs. Trump will remain vigilant to protect her good name and reputation from those who make false and defamatory statements about her.”

Typical of libel settlements, the press release doesn’t disclose the exact settlement amount reached between Trump and the Daily Mail.

iMediaEthics contacted the Mail for more information about the settlement.

The Mail published an April 12 apology on its website that reads:

“The Mail Online website and the Daily Mail newspaper published an article on 20th August 2016 about Melania Trump which questioned the nature of her work as a professional model, and republished allegations that she provided services beyond simply modelling. The article included statements that Mrs. Trump denied the allegations and Paulo Zampolli, who ran the modelling agency, also denied the allegations, and the article also stated that there was no evidence to support the allegations. The article also claimed that Mr and Mrs Trump may have met three years before they actually met, and “staged” their actual meeting as a “ruse.”

“We accept that these allegations about Mrs Trump are not true and we retract and withdraw them. We apologise to Mrs Trump for any distress that our publication caused her. To settle Mrs Trump’s two lawsuits against us, we have agreed to pay her damages and costs.”

Melania Trump sued the Daily Mail and Mail Online in September, calling for $150 million in damages, as iMediaEthics reported at the time.  The newspaper retracted its article shortly after the lawsuit was filed.

Trump also sued Maryland blogger Webster Tarpley for blogging similar claims about her.  Tarpley and Trump settled in February, with Tarpley posting an apology and retraction and paying a settlement.