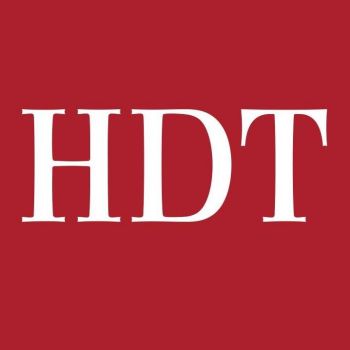 Michigan’s Huron Daily Tribune fired its reporter Brenda Battel after she accidentally left a voicemail for a political candidate saying it “would suck” if that candidate won.

Battel called Republican Senate candidate John James Nov. 5 and left a voicemail for him. The problem is she kept talking when she thought she had hung up and said the negative comments about James including “f**king John James,” the Washington Post explained. James’ campaign posted the voicemail comments on YouTube. (James lost to Debbie Stabenow on Nov. 6).

The Daily Tribune is a Hearst-owned newspaper in Bad Axe, Michigan.

Battel confirmed to iMediaEthics the comments were made when she thought she had hung up the phone. In a statement to iMediaEthics by e-mail, she wrote, “While reporting the news, journalists must put their opinions aside and focus on facts. I was not reporting the news when I made derogatory statements about Mr. James and his campaign. That was 100 percent my opinion, and I did not expect that it would be for public consumption. I obviously have regrets and am embarrassed that it was released.”

Battel continued, “But while doing my job, which was to gather and report the facts, I did not let my opinions interfere with telling the truth. I proved that in every news article I wrote for the Huron Daily Tribune.”

In a statement in its own news story about the voicemail, the Daily Tribune‘s editor Kate Hessling apologized and confirmed the firing.

“I have listened to the voicemail left by Brenda Battel to Mr. James’ campaign, and find no reason to defend this behavior. Brenda Battel’s employment has been immediately terminated.

“The Huron Daily Tribune sincerely apologizes to Mr. James and to the public. These statements do not represent the views of the Tribune as a whole, nor do they reflect the actions of a responsible journalist.”

Hessling declined to comment to iMediaEthics beyond the Daily Tribune’s statement.

Battel apologized on Twitter to James. “My apologies to @JohnJamesMI,” she wrote. ” I am human. I made a mistake. While I did my best to be a fair, objective, professional journalist, what I said reflected none of those traits. For this, I am truly sorry to all of those who have been affected by my mistake.”

My apologies to @JohnJamesMI. I am human. I made a mistake. While I did my best to be a fair, objective, professional journalist, what I said reflected none of those traits. For this, I am truly sorry to all of those who have been affected by my mistake.