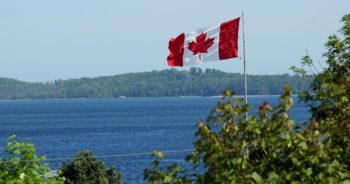 A recent lawsuit ruling in Canada over a story about a soccer team in Israel raises the issue of libel tourism, or the practice of filing lawsuits in other jurisdictions for possibly a more favorable ruling.

In late June, the Court of Appeals’s Janet Simmons and E.A. Cronk upheld a March 2015 Ontario court ruling that it was OK for Toronto-based real estate developer Mitchell Goldhar to sue Israeli newspaper Haaretz in Canada given that the article by David Marouani had been read in Canada, some in Canada saw it, and Goldhar worked and lived in Canada for nearly two decades.

The judge definitively stated “this is not a case of libel tourism.”

“The case highlights the peril faced by media, at least under Canadian law, when they can be swept into a court in a country that has virtually nothing to do with the subject matter of an article because a handful of people read it there,” Haaretz‘s lawyer in Canada Paul Schabas told iMediaEthics by e-mail.

Goldhar is suing  Haaretz for libel over a 2011 print and online article that compared his management of his Israeli soccer team, Maccabi Tel Aviv, to Walmart. Haaretz is the oldest daily newspaper in Israel with a print circulation of about 70,000.

The article read in part, “Crises are par for the course at Maccabi Tel Aviv, even when the club appears to be on an even keel.” After quoting anonymous sources, the article goes on to say:

“Goldhar’s management model was imported directly from his main business interest – a partnership with Wal-Mart to operate shopping centers in Canada. He even spelled out his managerial vision in a leaflet distributed to fans ahead of Sunday night’s derby against Hapoel Tel Aviv.”

Goldhar listed several complaints about the article, according to the ruling, including that the article had errors and indicates he

According to the ruling, the article “asserted that Goldhar imported his management model from his main business interest – a partnership with Walmart to operate shopping centers in Canada – and that he “runs his club down to every detail.” It also included a suggestion that his “managerial culture is based on overconcentration bordering on megalomania” and questioned whether “his penny pinching and lack of long term planning [could] doom the [soccer] team.”

Goldhar started his lawsuit in Canada the month after publication. Haaretz said the case should be in Israel not in Canada, but Goldhar wanted a jury trial which he couldn’t have in Israel. Goldhar’s lawyers promised it wouldn’t “seek damages at the trial of this action for reputational harm suffered in Israel or anywhere else outside of Canada and to pay for Haaretz’s witnesses to travel to Ontario for purposes of the action,” according to the ruling. Further the judge noted that Israel-based witnesses could just testify via videoconference.