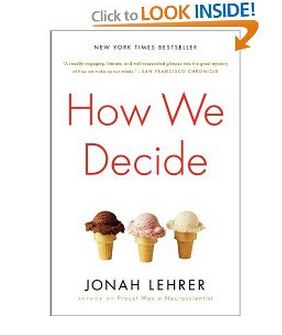 Book publisher Houghton Mifflin Harcourt said it will yank Jonah Lehrer’s 2010 book How We Decide from the shelves, Michael Moynihan reported for the Daily Beast.

Moynihan exposed Lehrer’s fabrication in his 2012 book Imagine, as iMediaEthics wrote last summer. In that case, Moynihan discovered that Lehrer made up quotes and attributed them to Bob Dylan. In the wake of Moynihan’s discovery, Lehrer resigned from the New Yorker.

With How We Decide, Moynihan reported:

“After an internal review uncovered significant problems with the book, the publisher is ‘taking How We Decide off-sale’ and has ‘no plans to reissue it in the future,’ HMH senior vice president Bruce Nichols said in an email.”

Moynihan explained that last summer he “privately provided” the publisher “with a handful of problematic passages, gleaned from a cursory look at How We Decide.” As example, he provided an excerpt from How We Decide in which Lehrer apparently lifts information from a lecture and turns that into quotation from an interview.  Moynihan noted that Lehrer maintained that he had interviewed the person.

Last month, Lehrer raked in $20,000 for speaking for the Knight Foundation’s Media Learning Seminar. In his speech, Lehrer admitted to plagiarism, fabrication, and lying to Moynihan.  The foundation apologized the day after the lecture for the payment, which it described as “tantamount to rewarding people who have violated the basic tenets of journalism.”