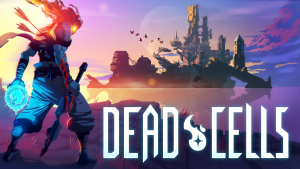 IGN, which bills itself as “the leading Internet media company focused on the video game and entertainment enthusiast markets,” fired an editor for plagiarism and unpublished the review that the editor plagiarized.

IGN isued a statement Aug. 7 saying it found “substantial similarities between a review posted weeks earlier and our review.” The IGN review, of the game Dead Cells, was written by IGN Nintendo editor Filip Miucin, according to gaming site Kotaku; IGN’s statement didn’t name him.

“Though we as a community often share feelings and even certain word choices to describe the games we love by using similar frames of understanding, this particular situation stepped over the line and is not a reflection of our editorial standards,” IGN said. “We apologize to our readers, developer Motion Twin, and most especially the YouTuber known under Boomstick Gaming for failing to uphold those standards.”

The YouTube channel Boomstick Gaming busted the plagiarism in a video providing comparisons of his review with IGN’s review, Kotaku reported. Examples listed in the YouTube video, according to Kotaku, include:

Boomstick Gaming also tweeted the IGN writer Miucin to say, “I wish I was cited, collaborated with, and or compensated in some way.”

No hate man but I wish I was cited, collaborated with, and or compensated in some way for the healthy views your site saw on your Dead Cells review. pic.twitter.com/rwYdPhnT6f

IGN’s website says it “reaches more than 170 million monthly users and is followed by more than 11 million subscribers on YouTube and 31 million users on social platforms.”