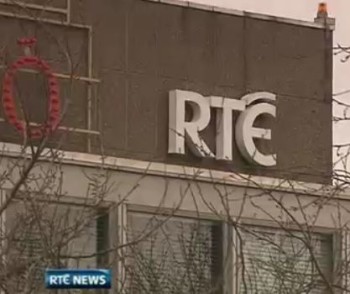 RTE is accused of libel again for its “Mission to Prey” program that aired in May 2011, Irish Central reported.

There also have been questions made by the family of Brother Gerard Dillon over RTE’s claims that he sexually abused a South African student. Dillon died in 2005, but his family called for a retraction from RTE in November.  RTE senior press officer Carolyn Fisher told iMediaEthics there haven’t been any updates in that set of questions from the Dillon family.

In the most recent charges against RTE, former Archbishop Richard Burke is claiming RTE libeled him by reporting that he sexually abused a minor-aged girl, according to Irish news site Irish Central.

Burke has admitted to a relationship with the woman, starting in 1989, but says she was 21 years old.  The Irish Independent added that Burke says “the relationship was consensual.”

However, the woman, named by Irish Central as Dolores Atwood, says “she was 14 and that she suffered years of emotional torture.”  She also “complained to the Vatican about their relationship,” which led to “his resignation two years ago,” according to Irish Central and the Irish Independent.

“An inquiry by the Kiltegan Fathers found no evidence to corroborate the claims,” Irish Central reported.

RTE senior press officer Carolyn Fisher told iMediaEthics by e-mail that she “can confirm that there is currently legal correspondence regarding the former Archbishop Burke with RTÉ and therefore we are unable to comment further on the matter.”

Earlier this month, RTE reporter Charlie Bird told University of Limerick, Ireland journalism students that the “Mission to Prey” program’s libel of Father Reynolds “damaged RTE enormously,” the Irish Independent reported.  Bird added that RTE’s director general called it “the worst libel, the worst mistake RTE has ever been involved in” and “horrendous.”

Bird has worked for RTE for almost 40 years.