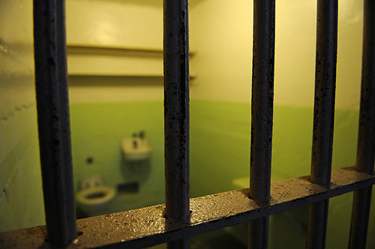 A new side effect of the rising number of freelance journalists and online writers is that more freelancers and local bloggers are now in jail, or at risk of being imprisoned or killed.

A new report from journalism.co.uk says an annual survey by the Committee to Protect Journalists (CPJ) has shown “Half of the journalists currently in jail worldwide were working online prior to their arrest.”

Without the protection of a staff job many online writers, as well as print freelancers, already often work without health or accident insurance, and the institutional overhead of a full-time job. Now, this report suggests their independent status may put them at greater risk for imprisonment as well.

Laura Olivier at journalism.co.uk, writes, “Journalists working online are more at risk under repressive regimes that close down newspapers and broadcasters because they ‘have often been the most nimble at circumventing press restrictions.'” According to the CPJ report, Olivier writes,

The risk of imprisonment or violent reprisal for their work is on the increase for freelancers and local journalists, because of cuts to media organisations’ foreign bureaux.

“Unable to afford foreign bureaux, more newspapers and magazines are relying on freelancers abroad. These stringers look just as suspicious to dictators and militant groups – and they are distinctly more vulnerable,” says Fareed Zakaria, editor of Newsweek International, in a preface to the report.

Fears of this vulnerability may discourage writers from doing the in-depth reporting necessary to fulfilling journalism’s most basic mission: informing the public. Thus, the protection of freelance and online reporters is an ethical mandate for the journalism industry in general.

StinkyJournalism recently addressed other safety issues for freelancers working abroad in our story on Paul Raffaele, a freelance writer working for Smithsonian magazine who injured on assignment in Afghanistan. Raffaele, as a freelancer, was left without insurance that could have helped him after the catastrophic brain injury he suffered prevented him from returning to the level of work he held before his accident.

Considering the introduction to the CPJ report, his status as a freelancer could also have put him at greater risk of arrest or imprisonment.