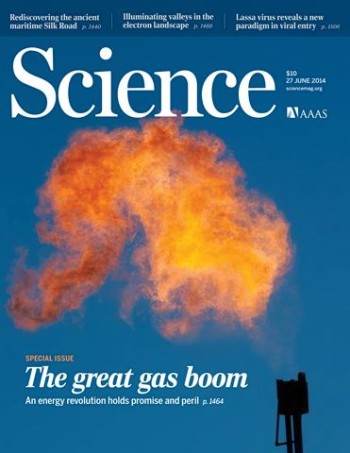 The American Association for the Advancement of Science, which publishes Science journal and other periodicals, plans to offer more transparency to readers for its peer-reviewed papers.

In a press release this week, AAAS announced its “acquisition of ‘Peer Review Evaluation’ (PRE), a web-based service” that will show readers what went on during the peer-review process.

“By presenting users with a simple visual ‘badge,’ the PRE technology provides information about each step in the peer-review process and the practices and values of journals,” Science publisher Kent Anderson said in the press release. “In this way, PRE will make it easier for everyone to identify articles from legitimate scientific journals and to understand the peer-review history in more detail.”

Why does this matter, though? Isn’t saying a paper is peer-reviewed good enough?

Not anymore. Just a few months ago, Science had to retract Michael LaCour and Donald Green’s peer-reviewed paper on same-sex marriage attitudes after their study was questioned as fakery. While LaCour has stood by his work, Green called for the paper to be retracted and Science agreed after finding numerous issues such as:

Plus, there are so many journals out there with different standards. This was highlighted with a viral chocolate diet study that claimed chocolate helped people lose weight. Journalist John Bohannon was behind the stunt to see if journalists or publications would verify before publication or just run with the delicious but fraudulent information. Bohannon said he didn’t want to submit to a peer-reviewed journal, but that he found 20 journals to submit his paper. “Our paper was accepted for publication by multiple journals within 24 hours,” he explained in a post for i09. “Needless to say, we faced no peer review at all.”

Science editor-in-chief Marcia McNutt also explained the need for more transparency in peer review. In a statement in the press release, McNutt said: “Saying that scientific content has been peer-reviewed is no longer enough to overcome the mistrust in science that has resulted in part from the variability of journal practices.”

So how does the new transparent peer-review process work? Anderson told iMediaEthics by e-mail that “The PRE badge appears at the article level, typically for research articles, but it can be placed on anything that has been peer-reviewed.”

Readers click on that badge to learn more about the peer review. “The items in each article’s PRE window will reflect the roles and details around the peer review conducted for that article, with journal-level details for things like ethical standards (COPE), transparency support (ORCID), and so forth,” Anderson told iMediaEthics. “In addition to the basic details of peer review, publishers can also choose to share peer review comments or other details. We hope to expand the elements to also link to validated underlying data sets.”

The PRE badges are already being used on two journals — the American Diabetes Association and the Journal of Bone & Joint Surgery. AAAS plans to roll out the PRE badges on Science journals this fall, Anderson said.

Anderson pointed iMediaEthics to a 2015 American Diabetes Association article that already features the PRE badge as an example. Below, see a screenshot of the article with the PRE badge highlighted. The PRE badge on an American Diabetes Association article.

When clicking the PRE badge, readers see this information about the peer review of that article.

An ADA article that already features PRE. When clicking on the PRE badge, readers go to this page. (Credit: DiabetesJournals.org)

That page also links to the “publication policies and procedures” for the journal, including guidelines for “study design,” “originality,” “conflict of interest,” “clinical trials, systematic reviews, and meta-analyses,” and “peer review.”

AAAS also “plans to further develop the PRE technology so that it can verify whether or not an author has deposited supporting data to an appropriate repository,” the press release reports.

Anderson told iMediaEthics of the decision to add more information about peer review. “There was no specific event leading to its inception, just a shared observation that increased transparency could benefit publishers conducting legitimate peer review. AAAS has as part of its mission protecting the integrity of scientific communication, so PRE fits well with the organization and its goals.”

According to Anderson, the PRE badge itself was created a couple of years ago by Adam Etkin before being acquired by STRAITUS/Journal of Bone and Joint Surgery and now AAAS.