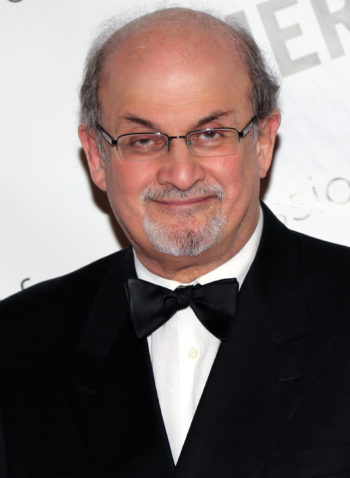 Muslim leader Chowdhury Mueen-Uddin never advocated for author Salman Rushdie to be lynched. Because the BBC’s Radio 5 Live Breakfast show host Nicky Campbell reported that he had, the network had to apologize, and pay “substantial libel damages” and legal costs, the Press Gazette reported.

Mueen-Uddin did lead protests against Rushdie’s novel “The Satanic Verses” back in 1989. However, he stopped short of calling for the author’s death, and he brought legal action over the BBC’s false claims, a suit that has now been settled.

A BBC spokesperson pointed iMediaEthics to the BBC’s Corrections & Clarifications page, where there is a correction and apology. The BBC aired an on-air apology Jan. 20. iMediaEthics has contacted the BBC to confirm it paid “substantial libel damages” and costs and that the matter is resolved.

In 2013, Mueen-Uddin, who was born in Bangladesh but is now a British citizen, was convicted in absentia and sentenced to death for war crimes committed in Bangladesh in 1971. He denies the claims.

At the time, the BBC noted of the trial, “The proceedings of the International Crimes Tribunal have come under criticism from several rights groups, including the New York-based Human Rights Watch, which has described the trials as flawed.”

Mueen-Uddin says on his website he is director of Muslim Spiritual Care Provision in the UK’s National Health Service, and that he helped establish the Muslim Council of Britain and is a chairman and board member for Muslim Aid.  iMediaEthics has asked his lawyers for confirmation of his current affiliations.

“During the BBC Radio 5 Live breakfast programme on 25 August 2016, in an interview with Omer el-Hamdoon, Deputy Secretary General of the Muslim Council of Britain, we suggested that Chowdhury Mueen-Uddin had called for the lynching of Salman Rushdie.

“The BBC has been asked by Mr Mueen-Uddin to make clear, and it accepts, that while like many Muslims he found the Satanic Verses highly offensive to Muslims and their faith, at no stage did he advocate for or campaign for Mr Rushdie to be lynched or in any way harmed. The BBC apologises to Mr Mueen-Uddin for the distress and damage this statement caused him.”

iMediaEthics contacted Mueen-Uddin’s lawyers, who provided us with a statement published on his lawyers’ website. Mueen-Uddin called the claims “completely unfounded” and “highly distressing.” iMediaEthics has asked his lawyers to confirm this legal action is completely resolved.

“I, like many Muslims, found the Satanic Verses highly offensive to Muslims and our faith; however at no stage did I advocate or campaign for Mr Rushdie to be lynched or in any way harmed, or condone those who did,” he is quoted as saying.

Mueen-Uddin published the audio of the apology on his website.