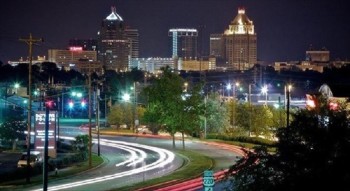 The News & Record, a daily newspaper in Greensboro, N.C., decided to use anonymous sources to report on the firing of Lacy Ward, the executive director for the International Civil Rights Center & Museum.

In a mark of transparency, the newspaper’s editor and publisher Jeff Gauger explained to readers why it made an exception to grant anonymity in order to report on why the director was fired.

“The answer would help citizens, including the taxpayer citizens who in 2013 committed $1.5 million in the City of Greensboro’s money to the museum, decide for themselves whether Ward’s firing was appropriate,” Gauger wrote.

The article in question, Dec. 7’s, “The Last Days of Lacy Ward,” detailed:

“The News & Record contacted dozens of people who had some access to board meetings and museum activities. But no one — including Ward — has been willing to discuss for attribution answers about what they know of these events. Some of them did provide as background material details that the News & Record — in contrast to its policy for granting anonymity to sources — weaves into this report about events related to Ward’s firing.”

In addition, the reporter for the story, Joe Killian, posted in the comments section that “Believe me, I share the concern that the other side wasn’t adequately represented. I contacted board members who voted for the firing and the museum’s founders a number of times throughout the process of reporting and writing this and they had no interest in participating.”

Gauger pointed to the newspaper’s anonymous source policy which dictates “we almost never use anonymous sources – and then only for a limited purpose, in specific ways and in consultation with the managing editor and editor.” Further, the paper has a “four-part test” for using anonymous sources, he wrote.

That test requires information to be factual and not opinion, in the public interest, absolutely not available by a named source, and carefully considered before anonymity is granted.

In addition, the News & Record‘s anonymous source policy dictates that the newspaper disclose in articles “as much specific detail about the source” as possible and why the source was granted anonymity.

“It is flatly against our printed newsroom policy to employ anonymous sources in any regard other than for background purposes. We simply avoid – even in blogs – such references as ‘a source familiar with the report told the News & Record…,” managing editor Steven Doyle told iMediaEthics.

Doyle explained that the paper won’t publish anything “unattributed” unless Gauger approves.

iMediaEthics asked why the paper decided to go to such lengths to detail why it used anonymous sources in this case.

“After much discussion and consternation,” Doyle said te paper said it had to go through with publishing the information based on anonymous sources because of public interest.

He noted that the paper has had a “very positive” response from readers and didn’t receive any complaint from Ward.

“To this point, no person identified in the story has complained about inaccuracy, although we are expecting soon to publish an op-ed from the museum board’s chair that I’m sure will question details, which she would not address during our reporting,” Doyle wrote.