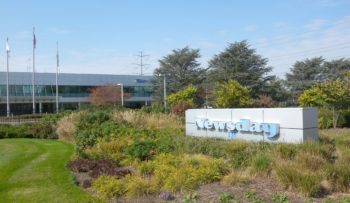 Crime reporter Kevin Deutsch’s reporting isn’t the only work at Newsday with problematic sources. While the grind of fact checking the existence of sources in Deutsch’s crime reports continues, the Long Island newspaper revealed March 20 that its pet columnist Marc Morrone was fabricating people and recycling questions and answers for his column, “Animal Island.”

In a note to readers, Newsday explained it found fakery in Morrone’s work and was ending his column.

iMediaEthics contacted Newsday to ask how it learned of the problems with Morrone’s columns, if the newspaper will append notes to the columns in question disclosing the problems, and how long Morrone had written for  Newsday.  Newsday spokesperson Kim Como declined to comment.

iMediaEthics has also written to Morrone to ask for more information.

“A Newsday review of past columns has found that some previously published questions and answers have been reused and that names and communities for some questioners could not be verified. When asked about our findings, Morrone confirmed he repeated column material and said he created names and towns for some columns.”

According to Morrone’s bio on the Newsday website, in addition to being an author and TV host for News 12 Long Island and The HallMark Channel, “he is the petkeeping expert that appears on Martha Stewart’s daily TV show as well as writer for the pet columns in the magazine Martha Stewart Living. In addition, he also hosts a live call-in radio show every Friday night at 8 p.m. on the Martha Stewart channel on Sirius/XM radio channel 112/157.”

iMediaEthics has written to Martha Stewart Living to ask if the magazine will review Morrone’s work.

Morrone also wrote for Tribune Content Agency, according to columns with his byline published on the Chicago Tribune‘s website. His most recent column published on the Tribune‘s website was dated March 1. iMediaEthics has written to the Chicago Tribune and Tribune Content Agency to ask if either is reviewing Morrone’s work as well.