Newspaper Credibility Sept Away : 2005 tsunami photos were from 2002 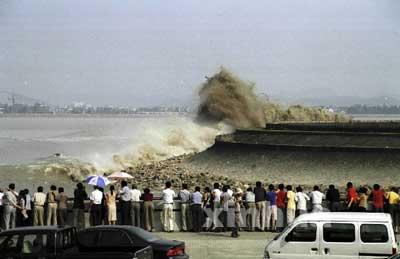 Asia Media reports, "Photos showing tsunami as it happened--published by major dailies, including the Times of India and Calgary Herald--turn out to be from 2002 China tidal wave."

“The tsunami of December 26 took a heavy toll on two continents. But the newest-edition tsunami is man-made: From Australia to North America, a tsunami of information swept away newspapers and television news, shattering their credibility.

“An unidentified source is said to have provided the Bangalore office of the Press Trust of India (PTI), a semi-government-run news agency, with a set of photographs purported to be of tsunami waves hitting the beaches of Sri Lanka and Thailand. PTI put the photos on the net and they were promptly run by several television channels and newspapers, including the Times of India, the Calgary Herald in Canada and Tz, a German paper, who ran the image under the caption.”