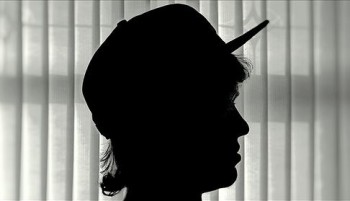 Canadian newspaper The Hamilton Spectator has beefed up its anonymous sources policy and clearly lays out new standards and greater expecations of transparency for reporters.

Reporters are specifically told to not use “casual sourcing” like saying “a neighbor said,” when reporters could just “press sources to speak on the record.” One clear exception is when it’s “impossible to identify a source” like a “heckler in a crowd,” the guidelines state.

Updating and maintaining anonymous source guidelines and standards are important, Spectator managing editor Jim Poling told iMediaEthics by phone. “It’s important work and it’s just important for a news room to continue to be looking at not only its policies, but also how it works and how we gather and report the information that we’re telling people,” he said. “That’s really the heart of it.”

And, reporters are warned to ensure they don’t “double source,” which is defined as “we don’t grant an individual confidentiality for some information, but then name them in another part of the story.”

The new guidelines also require a reporter to review the decision to grant anonymity with an editor.

“An editor must know the name of the source and details of such an agreement before the information is published. The editor might typically be the reporter’s assigning editor,  but is not limited to that person. It must be an editor who is involved in the day-to-day assigning of stories and involved in the editing process.”

Further, there has to be a way to track down the source later on, by getting a “name, address, license plate, or other identifying details.”

And, they also say, it’s important the journalist discuss with potential sources what it means to have an anonymous source agreement.

“A journalist granting anonymity must outline the terms of the deal and how far it goes,” the guidelines recommend. “This will include questions like: At what point can or do we disclose your identity and what happens if the information you provide is wrong?”

Previously, Poling wrote, the newpaper had just four sentences of guidance for reporters considering anonymous sources, a policy last updated in 2006. Those guidelines did remind reporters that there was no legal protection of journalist protection of sources and required journalists to only use anonymity “when there is a clear reason to do so.” Journalists also were advised to provide readers a reason for granting anonymity and to fact check any claims given, Poling told iMediaEthics.

Anonymous sources practices especially hit home for The Hamilton Spectator because one of its reporters, Ken Peters, fought for the right to keep his promise of anonymity in the courts.

In that case, Peters, was ordered pay $31,600 for contempt of court in the Superior Court in Ontario. His source was “a city politician who gave him confidential documents about an investigation into conditions at a Hamilton nursing home,” a 2008 Spectator story reported.

In 2008, the Court of Appeals in Ontario unanimously overturned the verdict. Judge Robert Sharpe acknowledged the chilling effect of a court requiring a source to be identified.

“In my view, it is sufficiently  apparent that the likely effect of revealing a journalist’s confidential source will be to discourage from coming forward other potential sources who, for whatever reason, need to conceal their identity,” Sharpe wrote.

Despite the ruling, there is no shield law on the books protecting Canadian journalists’s anonymous sources.

The new policy is two pages long and addresses issues like  authorization of anonymous sourcing, the avoidance of casual sourcing, and explaining why the source was granted anonymity.

Poling described the new policy as as “pact between the newspaper and our readers” regarding the newspaper’s use of anonymous sources.

“I don’t want (our readers] gambling with our news reporting,” he said in a phone call with iMediaEthics. He added that the promise of anonymity isn’t kept just by a reporter, but is a deal represented by the whole newspaper, so if bad information is passed through the paper, the whole paper is at risk.

In creating the new guidelines, Poling reviewed other news outlets’ anonymous source policies and surveyed his staff. Slightly more than half of staff completed the survey, according to Poling.

Poling said he was “a little surprised” by the issues brought up in the newsroom — for example, a discussion over which editors need to know the identity of a source brought up issues of “some peer-to-peer tension” and other “internal politics.”

But, “I don’t care about the politics,” he said. “I want to know if our information is good.”

The Spectator is a daily newspaper in Hamilton, Ontario and lists on its website a press run of 104,000.

Read the guidelines in full below.