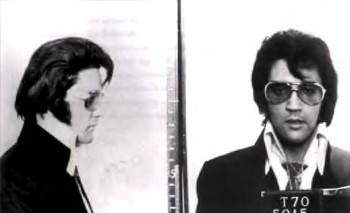 No more mugshots for the Springfield, Missouri News-Leader, unless they are really newsworthy.

Instead of dumping mugshots in bulk, the newspaper will instead be selective in reporting on newsworthy crimes, Paul Berry, the News-Leader‘s executive editor for news and engagement, explained in an opinion piece.

“We’ll continue to report on the serious crimes against people in our community, as you’ve come to expect from us. And we won’t shy away from holding people accountable for their actions, including publishing their photos,” Berry wrote.

Readers’ reactions to the decision has been “overwhelmingly positive,” Berry told iMediaEthics by e-mail. “Most folks are saying ‘thanks’ or ‘about time.’ The galleries were very popular on Facebook and I wondered what the public reaction would be. The social media reaction was overwhelming in favor of our new policy,” he wrote.

Many news outlets publish mugshots of individuals accused of minor crimes. But, the practice of mugshots as infotainment has come into question in recent years as those mugshots are thrown online and people are forever linked to that picture and its accompanying accusations. And, since the crimes aren’t always headline news, the newspaper fails to follow up and report whether the charges were dropped or taken to trial. And, if the latter, no word is given on whether the accused was found guilty or not guilty.

Berry wrote in his Oct. 12 column that the News-Leader decided it would stop printing its mugshot galleries. Berry said the paper’s automatic way of getting the photos from the courts had a “technical glitch” and then Berry decided the paper would stop using the mugshots, after a year or so of publishing them.

He said that the newspaper had been trying to come up with a way to provide “proper context” to mugshots, because otherwise they “serve as little more than a place for people to gawk at those who have been arrested.”

The newspaper’s editors had been discussing the issue and, when the glitch happened, it was a “good time to sit down with our leadership team and make the call,” Berry told iMediaEthics. He added,  “I couldn’t be more thankful that our publisher Linda Ramey-Greiwe backed our decision.”

The newspaper “will be monitoring mugshots the same as we always have to see if there’s something we need to follow up on,” Berry said by e-mail. “We won’t publish daily booking galleries, but won’t hesitate to publish someone’s mugshot in the event that we write a story about someone who has been arrested. The definition of serious offense can be interpreted pretty loosely. I guess I’d say that we won’t publish a mugshot without context surrounding the arrest.”

In his column for the newspaper, Berry highlighted one of the key problems with publishing mugshots: “Taken at the time of booking into Greene County Jail, the photos don’t necessarily indicate guilt, or even formal charges.”

Therefore, moving forward, when the News-Leader does print a mugshot, it will come with context. Berry told iMediaEthics, “As journalists, our job is to place things like that in an appropriate context to help our community understand what’s happening. We absolutely have a first amendment right to publish the mugshots. But without context, we didn’t feel it was the right thing to do for our community.”

We asked Berry if the News-Leader received any complaints or requests to take down mugshots before the decision to ditch them was made. Berry said the newspaper would hear occasionally about the mugshot galleries but that was “mostly negative feedback about the people’s appearance, often coupled with an assumption of guilt.”

He added, “I believe we’ve heard from a few people wanting their photos removed, but no requests from someone in a gallery directly affected this decision.”

Berry further said, “We’re always working to create content that resonates with the community, those who are loyal readers and those who haven’t made us part of their daily habit yet. But mugshots galleries won’t be part of our content lineup.”

Mugshot publishing got the Houston Press in trouble with readers in 2011, when the newspaper published mugshots and a list of “the 10 hottest women on the Texas sex offenders list.”

In 2010 iMediaEthics reported on mugshot publishing by Busted, and in 2008, we covered the way mugshots were being used as entertainment.

We also covered a comparison of two publications’ handling of mugshots — the Chicago Tribune and the St. Petersburg Times — and whether one was more ethical than the other.