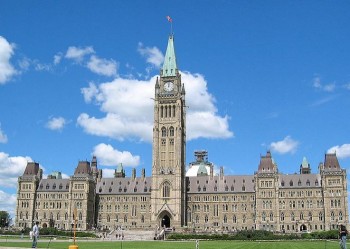 The Toronto Star didn’t make any major errors in reporting on the Oct. 22 shooting in Ottawa, according to the newspaper’s public editor Kathy English.

“I am happy to tell you I found no serious missteps in the Star‘s real-time coverage,” English concluded from her review of the newspaper’s reporting on the shooting by Michael Zehaf-Bibeau.

English reports she reviewed the Star‘s online coverage through “stories, photos, videos and live blogs and through social media” and compared it with other news outlets’ reporting on the shooting.

There were some inaccuracies in the Star’s reporting, including the false claims that there was also a shooting at the shopping mall, the Rideau Center, apparently based on misinformation supplied by the police.

English excused the errors as part of what typically happens during breaking news and pointed out that the errors weren’t due to reporter error but inaccurate information the police had at the time. She wrote:

“While some information reported by the Star (and other news organizations) turned out to be untrue — mainly that shootings had occurred at other locations, specifically the Rideau Centre, and more than one gunman was involved — that information came from police and other officials considered reliable sources in a developing news story. Given the dynamic situation, this is to be expected.”

In terms of the false information about a shooting at the Rideau Center, the New York Times reported that the police had said there was a shooting at the mall, then reversed that. In a separate news story the Toronto Star reported that the Ottawa police chief, Charles Bordeleau, said the dual false reports of a shooting and multiple gunmen were linked to phone calls to 911. Because the police had to verify the phone calls and reports, the false information was spread as the police treated each call seriously at the time.

The Star also weighed accuracy over speed, and used restraint, even though the newspaper lost out on breaking “some pieces of information.” And English noted that the Star strived to disclose “when verification was not possible” of the information the Star published.

Globe and Mail public editor Sylvia Stead also weighed in on her newspaper’s coverage of the Ottawa shootings. She praised Globe and Mail reporter Josh Wingrove, who tweeted a photo, took a video and posted updates from Parliament during the shooting.

Wingrove did “the responsible thing to do: stick to the known facts,” Stead wrote, because he said what he knew and what he didn’t. As an example, Stead noted that Wingrove tweeted that he couldn’t tell if a body he saw “was dead or if it was the shooter or an officer.”

The Globe and Mail, like the Star, reported the false claims that there was another shooter and a shooting at the Rideau Center, Stead wrote. However, Stead conceded that it goes hand-in-hand with breaking news coverage and that the Globe and Mail “quickly corrected as new and updated information came in.”

Stead also repeated English’s warning about putting accuracy above speed. “The pull to be first is strong, but you must be correct. As a result, it is all the more important to keep your head and stick to the facts.”