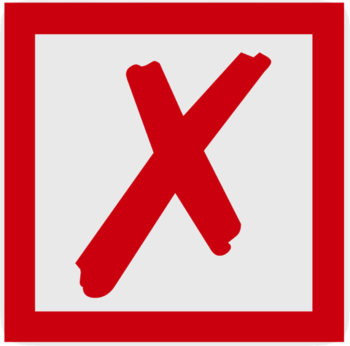 Noa Pothoven, a Dutch teenager, died June 2, but her death was not due to euthanasia. Numerous news outlets published that claim, though, and now are correcting or updating.

According to Jezebel, the error apparently spread because of mistranslations about what happened. Pothoven had sought euthanasia at a clinic, but was denied; she ended up dying after refusing medical treatment and refusing to eat. Jezebel listed the National Review, the Daily Beast, Newsweek, and the Washington Post as outlets that got it wrong.

Pothoven “had been treated in multiple institutions for severe depression and anorexia” according to the Guardian. She said she was sexually molested at 11 and raped at 14.

iMediaEthics wrote to The End of Life Clinic in the Netherlands; it pointed us to its statement from June 5 reading:

“De Levenseindekliniek is approached from all over the world for a reaction to the death of seventeen-year-old Noa Pothoven. However, due to privacy rules, we cannot make any statements about this. To put an end to incorrect reporting (in foreign media in particular) about her death, we refer to the statement made by friends of Noa this afternoon: Noa Pothoven did not die of euthanasia. To stop her suffering, she has stopped eating and drinking. De Levenseindekliniek deals exclusively with euthanasia and does so explicitly within the Dutch legal framework.”

The Washington Post published the following: “Clarification: An earlier version of this story reported that Noa Pothoven’s death came via euthanasia, which she had initially requested. The Dutch Health Ministry said Wednesday that Noa’s family was maintaining that euthanasia — the definition of which is contested — had not occurred while indicating that the circumstances of her death were still being investigated.”

Newsweek noted at the bottom of its article that it corrected the article: “This article was corrected to delete references to euthanasia as a cause of Pothoven’s death.”

National Review‘s article now has an editor’s note reading “Editor’s Note: This post has been revised throughout to account for new information about the case.”

The New York Post noted it updated: “*This story has been updated to clarify that it’s unclear how Pothoven died, following Dutch media reports that it was not by euthanasia.”

EuroNews added a correction: “This article has been updated to correct our initial reporting of this story. In our article on Tuesday evening we incorrectly wrote that 17-year-old Noa Pothoven died by legal euthanasia.”

Mamamia added a correction: “Correction: This story originally stated Noa Pothoven had died via legal euthanasia. Further information has come to light and Ms Pothoven passed away at home after ceasing treatment for her mental illness. “

The New Zealand Herald put a correction on its article reading: “Correction: An earlier report stated Noa Pothoven’s death came via euthanasia, which she had initially requested. That article has been removed from the Herald‘s website. The Dutch Health Ministry said Wednesday that Noa’s family was maintaining euthanasia had not occurred while indicating the circumstances of her death were still being investigated.”

The Daily Caller also corrected: “Correction: A previous version of this post reported Noa Pothoven died via legal euthanasia. Doctors did not ultimately consent to her request, according to recent media reports.