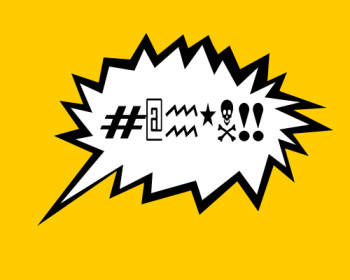 As all the world knows by now, U.S. President Donald Trump reportedly used the word “shithole” in references to Haiti and African countries during a Jan. 11 immigration meeting. Mainstream news outlets typically try to steer clear of profanity, so covering the news became slightly difficult.

NPR, for one, avoided the term and then decided to use it, NPR public editor Elizabeth Jensen reported. In her blogpost, which carries a warning to readers about the use of profanity in it, Jensen explained that listeners have been unhappy both ways.

“Before NPR changed its guidance, a number of listeners expressed their disappointment about the decision not to use the word,” Jensen reported. “Afterwards, some praised the change but others complained, some citing the possibility that children might have been in the audience. No surprise there: NPR’s audience is wide and not everyone is going to agree on what’s right, especially on such sensitive matters as the use of vulgar language.”

For her part, Jensen said she thought NPR “should have used the word (sparingly) all along” because it is “fundamental to understanding the story, and arguably [Trump’s] beliefs on immigration policy.” Jensen talked to NPR deputy managing editor Terence Samuel about the decision to not use and then use the word; Samuel explained NPR wanted to focus on Trump’s “sentiments” instead of “getting hung up on the word,” but the whole of news media “got hung up on the word” after all.   Further, Samuel noted to Jensen, “Given what we know about how the president talks, the shocking language was actually not that shocking.”

Ultimately the decision to start using the word was linked to Trump’s Jan. 12 tweet about his “tough” language — since Trump weighed in, NPR’s standards editor Mark Memmott sent a memo explaining the word can be used for “full context” but should be used “very sparingly,” meaning once an hour is enough. NPR also added an editor’s note to online stories, which spell out the word, reading:

Editor’s note: NPR has decided in this case to spell out the vulgar word that the president reportedly used because it meets our standard for use of offensive language. It is “absolutely integral to the meaning and spirit of the story being told.”