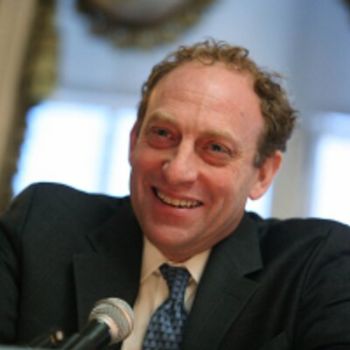 NPR’s head of news Michael Oreskes resigned today after accusations of sexual harassment. Oreskes provided iMediaEthics by e-mail with a statement apologizing for his behavior.

The Washington Post‘s Paul Farhi reported yesterday that two women complained to NPR “in recent weeks” that Oreskes “made unwanted physical contact with them” in the late 1990s when he was employed at the New York Times. NPR put Oreskes on leave after the allegations and Farhi’s article. Yesterday, NPR’s David Folkenflik added that a third person, NPR staffer Rebecca Hersher, filed a complaint in 2015 with human resources over Oreskes.

iMediaEthics asked the New York Times if it received any complaints then or now regarding Oreskes. Times spokesperson Danielle Rhoades Ha told iMediaEthics, “The Times takes all allegations of sexual harassment seriously and we are looking into it.”

This morning I asked Mike Oreskes for his resignation because of inappropriate behavior. I have received his resignation, effective immediately. As I noted earlier today, Vice President of News Programming and Operations Chris Turpin has taken on interim leadership of the newsroom.

Some have asked me if it took published news reports for us to take action. The answer is that it did not. We have been acting. Some of the steps we took were visible and others weren’t. We have a process in place and we followed that process.

I know people have asked for more details. The only way to encourage staff to come forward with any issues is to promise their concerns will remain confidential. That constrains us from providing details about personnel matters.

When anyone, but particularly someone in power, violates a policy, acts in ways that are inappropriate, or takes steps that do not contribute to building a positive workplace, it breaks a trust. That trust is about looking out for each other, doing the right thing, and acting as one team. It is sacred to me. I am committed to rebuilding trust, and my leadership team is as well.