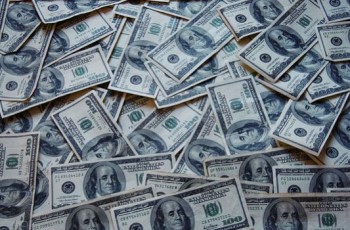 New York Magazine did not fact check a high school student’s claims he made $72 million in the stock market.

Now, the magazine has egg on its face as it fell for outrageous claims made by the student, Mohammed Islam of Stuyvesant High School. Islam made the story up, he told the New York Observer this week.

When asked by the Observer if his stock market wealth was “total fiction,” Islam said “yes.” He said that the $72 million estimate is “a rumor.”

Islam’s fake story was included in New York Magazine’s Dec. 14 series “Reasons to Love New York.” The article by Jessica Pressler about Islam said that the story of Islam’s stock market success was rumored in his school and then reported on in his school newspaper and Business Insider.

“Though he is shy about the $72 million number, he confirmed his net worth is in the ‘high eight figures,'” New York Magazine reported.

No one bothered to verify bank statements? How about speaking to his mother?

Islam apologized in his interview with the Observer, held in a 5WPR crisis PR firm: “I am incredibly sorry for any misjudgment and any hurt I caused. The people I’m most sorry for is my parents. I did something where I can no longer gain their trust.”

Further, the president of the PR firm he hired, Ronn Torossian, argued to the Washington Post that “He’s a kid who took a story too far.”

Today, New York Magazine apologized to readers for an “obviously inadequate” fact check of the story. The magazine’s director of public relations, Lauren Starke, told iMediaEthics that the original false story was published in print and that the magazine plans to publish its corrective statement in print.

New York Magazine said it asked for evidence of Islam’s $72 million claims and he “produced a document that appeared to be a Chase bank statement attesting to an eight-figure bank account.”

Gawker noted that the New York Magazine reporter Pressler argued to CNN Money that her article was “skeptical enough” about Islam’s wealth.

“The story says, ‘This is a rumor and draw your own conclusions,'” she said.

The Dec. 16 apology, published on the magazine’s website and atop the original article, states:

“In the most recent edition of New York, its annual Reasons to Love New York issue, the magazine published a story about a Stuyvesant High School senior named Mohammed Islam, who was rumored to have made $72 million trading stocks. Islam said his net worth was in the “high eight figures.” As part of the research process, the magazine sent a fact-checker to Stuyvesant, where Islam produced a document that appeared to be a Chase bank statement attesting to an eight-figure bank account.

“After the story’s publication, people questioned the $72 million figure in the headline, which was written by editors based on the rumored figure. The headline was amended. But in an interview with the New York Observer last night, Islam now says his entire story was made up. A source close to the Islam family told the Washington Post that the statements were falsified. We were duped. Our fact-checking process was obviously inadequate; we take full responsibility and we should have known better. New York apologizes to our readers.”

iMediaEthics has written to Islam’s PR representatives for comment.

The New York Post published a front-page story on the $72 million story after seeing the New York Magazine article.

“Mohammed Islam has since admitted he lied to New York Magazine and did not make any money on the stock market, an Observer interview reveals.”

The New York Post later rowed back its reporting in print as well. See below its follow up story.

Vanity Fair updated its story to report that the story is “a fabrication.”

Islam “regrets lying to the magazine, and we regret picking up the story,” Vanity Fair wrote.

Business Insider has added an update to its story reflecting “the $72 million figure is a rumor.”