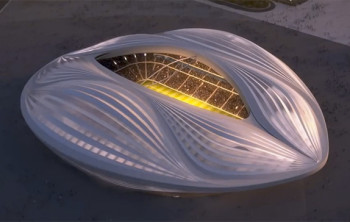 The New York Review of Books has paid architect Zaha Hadid an undisclosed amount to settle her 2014 libel lawsuit against the publication.

Hadid sued the New York Review of Books for a review by Martin Filler that falsely claimed in June 2014 she had “no concern” for workers killed in the construction of her plans for the 2022 World Cup stadium. But, construction hadn’t started and there were no deaths.

“The suit is settled and we have no further comment,” New York Review of Books editor Robert Silvers told iMediaEthics.

Hadid’s lawyers told Dezeen, an architecture and design magazine, that her settlement was “confidential” and after “extensive settlement negotiations.”

Her lawyers provided iMediaEthics with a Jan. 23 press release about the settlement that confirmed the lawsuit withdrawal: “Under the terms of the settlement agreement, which remain confidential, Ms. Hadid has accepted the apology of the New York Review of Books and Mr. Filler, and is pleased to announce, in conjunction with the settlement, the donation of an undisclosed sum of money to a charitable organization that protects and champions labor rights.”

It went on to quote one of Hadid’s lawyers Gonzalo Zeballos saying, “Ms. Hadid is pleased to have put to rest this dispute, and to have resolved it in a way that demonstrates her commitment to safe and fair working conditions at construction sites around the world.”

The press release went on “Zaha Hadid Architects remains deeply committed to promoting safe and fair working conditions. The authorities in Qatar managing the Al-Wakrah site operate at the highest levels of worker health and safety, with no loss-time injuries since works began over a year ago. Workers live in high quality accommodations near the site, and the Emir of Qatar personally confirms that new laws protecting workers’ rights will be enforced, demonstrating that the parties delivering the Al-Wakrah stadium are leading by example.”

The June 5 review by Martin Filler said of Hadid:

“She has unashamedly disavowed any responsibility, let alone concern, for the estimated one thousand laborers who have perished while constructing her project so far. ‘I have nothing to do with it,’ Hadid has claimed. ‘It’s not my duty as an architect to look at it.’”

While Hadid had made comments about construction deaths, her comments were about other Qatar construction sites, not hers, and were taken out of context, Hadid said.

Around the time of the lawsuit’s filing, Filler apologized in a letter posted on the New York Review of Books’ website admitting errors. “There have been no worker deaths on the Al Wakrah project and Ms. Hadid’s comments about Qatar that I quoted in the review had nothing to do with the Al Wakrah site or any of her projects. I regret the error,” he said.