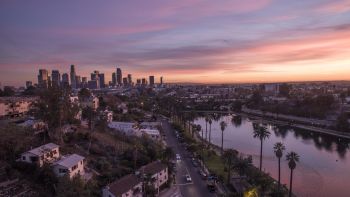 Last month, an article in the New York Times‘  Travel section, headlined “Finding Yourself in Los Angeles,” upset many readers.

The July 23 article by Reif Larson described an area with stores selling Jesus statues, soccer uniforms and pinatas as “the source of all useless items in the world.” It also originally said in part that “Over the years, Los Angeles has perhaps gained a reputation for being anti-intellectual,” and seemingly went out of its way to bring up traffic.

In a response in its readers’ center, which was created last year to replace the Times’ public editor position,  Travel desk editors Lynda Richardson and Steve Reddicliffe wrote that many readers thought the article was “dismissive of Latino culture and cliched in its portrayal of the city.” The pair acknowledged that the article’s characterizations were offensive and included an apology statement from Larson.

On Twitter, Larson added, “Some readers expressed concern that I came off as insensitive when I jokingly referred to a neighborhood as a source of “useless items” as though it didn’t have its own rich history. I didn’t mean to cause offense & to those who felt dismissed by this comment, I apologize.” iMediaEthics has e-mailed Larson for more information about his article.

“I should’ve taken my own advice in the article & realized that places and objects of sanctuary, retreat, and reverence can take on all forms. I now see that this neighborhood is a potentially vital source of items for a number of communities, including the Latino community,” Larson continued. “The larger issue I was attempting to grapple with (poorly here) is the tension between the singular spiritual experience & the mass commodification of the spiritual, whether in the form of 1000s of religious statuettes made in China or tourists bathing their chakras.” iMediaEthics has written to Larsen.

Some readers expressed concern that I came off as insensitive when I jokingly referred to a neighborhood as a source of “useless items” as though it didn’t have its own rich history. I didn't mean to cause offense & to those who felt dismissed by this comment, I apologize. (2/5)

The New York Times responded and edited its article, as well as publishing an editor’s note reading:

An article last Sunday about retreats in Los Angeles drew broad criticism from readers when it was published online. Readers took particular issue with the reference to a historic downtown street where Jesus statuettes and piñatas are sold as the source of “all useless items in the world.” We now see how it came across as offensive. We have long recognized that Latino culture, and Mexican-American culture in particular, in many ways defines the identity of Los Angeles.

More broadly, some readers felt the piece was marred by clichéd characterizations of Los Angeles and failed to give readers an accurate sense of the city’s culture. We appreciate the challenges of capturing the diversity of such a robust and complex city and will try to do better next time.

(See changes to the article on News Diffs, which tracks changes to news articles from sites including the New York Times. The LAist also listed numerous problems with the article, calling it “cliche-addled,” and reminding that the Times just last year was criticized for its article about bubble tea, emphasizing it was “exotic” and “curious.”)