Does NYTimes bubble tea article prove it's reporting from inside a cultural bubble? - iMediaEthics

Does NYTimes bubble tea article prove it’s reporting from inside a cultural bubble? 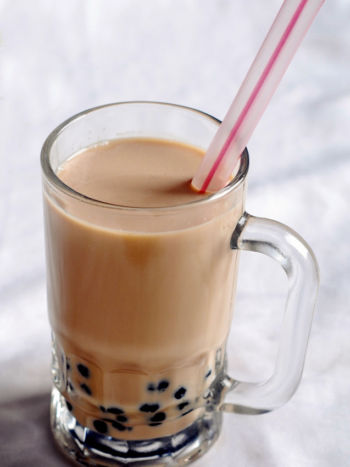 The popular tapioca beverage “bubble tea” is widely available across the United States and mere minutes away from the New York Times’ office, yet the New York Times referred to it as “alien” and suggested it was only known to Asians in New York. Readers complained that the Times‘ Aug. 16 article about the tea amounted to a diversity fail, implying the beverage and its consumers were “other” from the rest of the newspaper’s readers.

The Times received numerous complaints after its article appeared, prompting the newspaper to significantly re-write the piece and re-consider how it covered the subject. “In retrospect, we wish we had approached the topic differently (if at all),” Times business editor Ellen Pollock wrote.

The Aug. 16 article was originally headlined “The Blobs in your Tea? They’re Supposed to be There” and included descriptions for bubble tea like “exotic,” “concoction,” “curious,” “alien,” and “relatively new to the mass market in the United States.” The article also originally quoted an anonymous Reddit post that negatively commented on bubble tea. That quote and many descriptions of bubble tea were deleted, and the Times tacked on an editor’s note that it made changes. News Diffs, a website that tracks changes to news articles, shows the many edits to the article after publication.

See below the NewsDiffs capture of the article. Text highlighted in pink has been deleted; text in green was added. 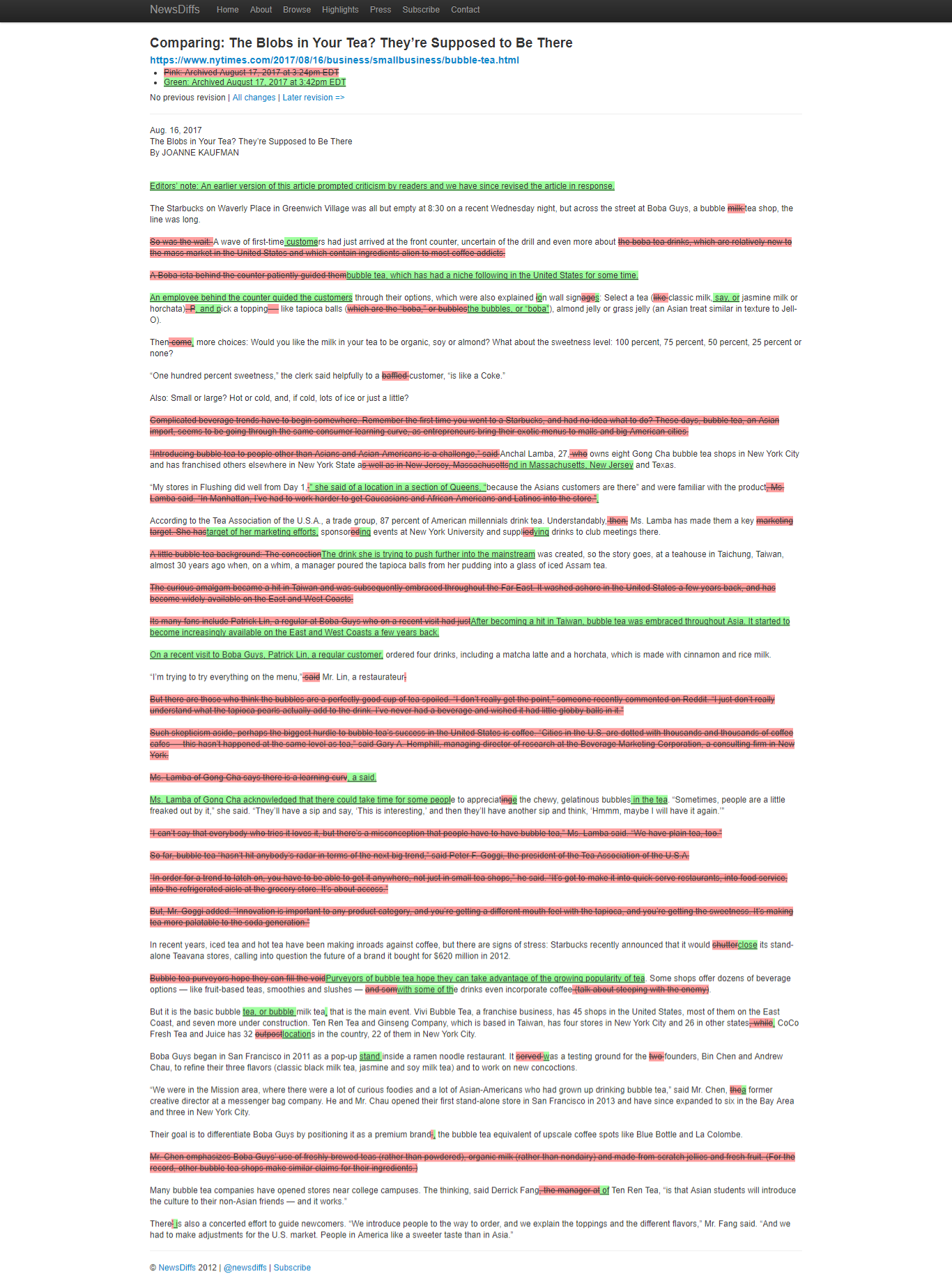 NewsDiffs shows the changes to the Times’ article.

Pollock, the Times business editor, responded to the complaints about the article in a post on the Times‘ Readers Center, which as iMediaEthics has previously reported, was established this year to replace the newspaper’s public editor position. Pollock explained readers complained that the Times‘ article “read as though we had just discovered bubble tea” and that the Times put bubble tea in the “other” category.

Some “readers thought we described the drink, which was created in Taiwan, as strange and alien, and especially took us to task for the use of the word ‘blobs,'” Pollock wrote.

She added that “we regret the impression left by some of the original language in the article, which we have revised in light of the concerns.”

The Times also posted an editor’s note on its story that reads, “Editors’ note: An earlier version of this article prompted criticism by readers and we have since revised the article in response. We have discussed the concerns in further detail here.”

The Huffington Post suggested that having “a diverse newsroom can help avoid such pitfalls.” iMediaEthics has written to the Times to ask for a response to this suggestion and to ask how many complaints the Times received.

This is why you need diverse newsrooms. If writing about boba is that hard, then what about systemic racism? https://t.co/5z8oJDabRW

Wow, NYT is apologizing for that bubble tea article. https://t.co/6LBSimpc6T

This NYT boba piece, besides being comically late & breathtakingly stupid, is exactly why we need diverse newsrooms https://t.co/Gb5pbG0LsH

The editor's note on this New York Times piece on bubble tea is an understatement. https://t.co/UU2krKnYw5 pic.twitter.com/41XvMX35f8

Or, I mean, some curious "exotic" drink from the "Far East" that "washed ashore" in the U.S.

Does NYTimes bubble tea article prove it’s reporting from inside a cultural bubble?