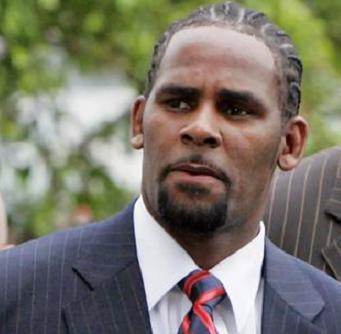 The New York Times published an article about one of R. Kelly’s girlfriends, Joycelyn Savage, and her alleged online posts accusing him of abuse. But, now, the Times isn’t sure if the posts are really from Savage.

The original Times article noted that Savage has been a defender of Kelly, so the online posts accusing him were shocking.

The Times published a Nov. 27 editor’s note that reads:

“An article on Tuesday reported on a series of online posts said to have been written by Joycelyn Savage, a girlfriend of the singer R. Kelly, in which she accused him of physical and emotional abuse. After publication, the website Patreon deleted the posts, saying it could not verify that they were written by Ms. Savage. An article about these developments can be found on Page C6.”

The Times‘ follow-up article explained that the original report was based on the comments published on the website Patreon, but after publication, Patreon said it wasn’t sure if the posts were real. That prompted the Times editor’s note and follow-up report. The Times‘ follow-up story explained readers had paid to access the Patreon posts.”

iMediaEthics has written to the NYTimes for more information.

Patreon pays writers based on how many paid monthly subscriptions they attract. The person claiming to be Ms. Savage had drawn about 1,800 followers, each of whom paid at least $3 to view the three posts published on Saturday and Sunday. Patreon said all the subscription payments would be refunded and the creator of the posts would not receive any money. It sent an email to subscribers on Tuesday saying the account had been suspended because of “suspected fraud.”

Earlier this month, the Times published an editor’s note on an article about ISIS receipts that acknowledged the receipts the Times relied on may not be authentic.