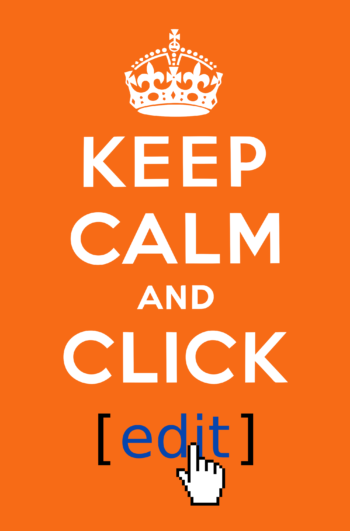 The New York Times has come under heavy criticism for a Aug. 31 article on Donald Trump and immigration, after the Republican candidate for president went to Mexico. The Donald Trump immigration article has also undergone a number of edits since it was first published.

iMediaEthics contacted the Times to ask if the newspaper would be disclosing the changes, given how many there were, and if it had any response to the criticism that the article was little more than Trump propaganda.

Times spokesperson Eileen Murphy told iMediaEthics today, “The story yesterday was written, edited and updated throughout the day, as events unfolded and as new developments actually happened. Like other breaking news stories, we updated it in real time. We don’t attach editor’s notes to stories unless we are correcting an issue of fact.” iMediaEthics contacted the Times reporter Patrick Healy via Twitter for comment.

One change that was made was the deletion of this paragraph:

“Never had Mr. Trump gambled quite like this. Aiming to appear bold and diplomatic, he traveled to politically hostile territory to meet with a president who might surprise him with a rebuke, and he also risked support from some conservatives who do not want him cozying up to Mexico or softening his immigration plans.”

The article also deleted a quote from Trump saying “we did discuss the wall, we didn’t discuss payment of the wall.” Mexican president Enrique Peña Nieto said after the meeting that he told Trump Mexico would not pay for the wall.

See a list of changes and additions at News Diffs, the site that tracks changes on news articles.

Talking Points Memo noted that “the Times‘ unedited story made it onto the front page of the Fort Worth Star-Telegram on Thursday.”

See more tweets about the story:

NYT has a "word of God" trait that drives editors, producers, campaigns, etc. So big deal if they're off. https://t.co/TUXYSYQb89

This NYT lede is…not what I saw today. https://t.co/YeBqdwKF6D pic.twitter.com/AxODMdGz71

He talked about a "deportation force" extensively

Your lede is wrong. He didn't shelve his deportation plan, he detailed it, repackaged it. Wanted ledes like yours.https://t.co/Xlt7yo5e92

Sorry to say, Franks right. For the moment at least, Trump has totally bamboozled & embarrassed the folks at the NYT https://t.co/3SzD5qZlGM

Shouldn't changes that drastic be accompanied by an editor's note or a correction? @patrickhealynyt