5 Errors Toledo Blade made in Reporting on Police Shooting - iMediaEthics 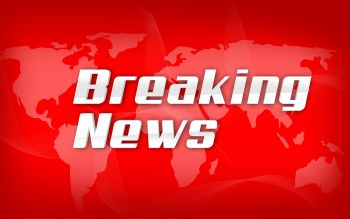 The Toledo Blade “messed up” when it reported on a breaking news story about a police officer shooting a man named Lamar Richardson.  The Blade‘s managing editor Dave Murray wrote an apology to readers detailing five errors in the newspaper made in its breaking news coverage of the shooting.

In response to his apology, Murray has heard from both readers and non-readers, he told iMediaEthics. “Most of those comments were from non readers accusing The Blade of being part of ‘the fake news,'” Murray e-mailed iMediaEthics. “I was heartened by many comments from our readers thanking me for explaining how we cover the news and apologizing for our failures, several saying the column renewed their faith in local journalism. I did hear from some African-American readers who thought race should have been a bigger part of our coverage of the shooting.”

In his published apology, Murray identified the following problems in its coverage:

1. It was “not necessary” for the paper to report the race of the officer and the man who was fatally shot. “Inserting the race of the man shot and the police officer who shot him on Page 1 Sunday was wrong,” Murray wrote. “We saw the error late and fixed it, but 25,000 papers were already en route.”

2. The newspaper also erred in posting a Facebook Live video from a random person who was at the scene and saying inaccurate information like the claim that the person shot was a 16-year-old boy who was kneeling. In fact, Murray explained, the person shot was 25 and suspected of armed robbery. Murray detailed:

“The first of several mistakes we made in covering this breaking story was to share on our website a Facebook Live feed of a young man recording the gathering crowd in North Toledo and what people were saying. The man repeated over and over that police had shot a ‘young boy,’ a ’16-year-old boy,’ telling his Facebook audience that ‘someone said’ the boy was kneeling in the street when ‘the police’ shot him.

“None of that was true.

“This man was not a reporter, was not a trained journalist, and in our haste to ‘get something up’ we grabbed his Facebook video and shared it. This video was removed as soon as we heard from police they had shot a 25-year-old armed-robbery suspect.”

3. The newspaper also used an “inflammatory” headline on its website for 41 minutes that read “Police gun down man in North Toledo.”

“Although accurate, the headline didn’t explain why the police shot the man — that he was a suspect in multiple armed robberies, he was running from police, and that he had a gun,” Murray acknowledged.

5. Readers also were upset about the way the Blade reported on the shooting victim’s background. “Many readers were enraged that the story allowed the shooting victim’s family to say he had big dreams that were cut short,” Murray wrote. “It’s important to allow the family to comment, but to allow them to say what a great guy he was without including his criminal background was wrong.”

In his e-mail to iMediaEthics, Murray said he will hold a staff meeting to “openly discuss and question how we cover crime and specifically officer-involved shootings.” In addition, Murray said citizen-generated videos must be vetted before publication by the Blade.