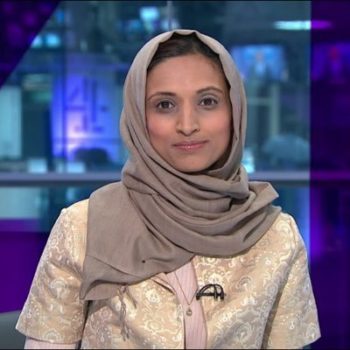 Seventeen people complained to UK broadcast regulator OfCom over Channel 4 having Fatima Manji, a Muslim reporter who wears a hijab, report on the news of the Bastille Day truck attack in Nice.

Former Sun editor and current columnist Kelvin MacKenzie stirred controversy when he wrote in his column critical of Manji’s reporting because she is a Muslim. The Independent Press Standards Organisation received more than 1,400 complaints over the column, including one from Manji herself. Manji responded to the column saying his comments were “ill-informed, irresponsible and malevolent.” (IPSO told iMediaEthics by e-mail it is still investigating the complaints.)

In response to the widespread criticism, MacKenzie published a second column doubling down on what he said was “a reasonable inquiry” and a “simple question.” He further posed a question to OfCom “should presenters be allowed to wear artefacts that advertise their religion?”

An OfCom spokesperson told iMediaEthics by e-mail, “We received a small number of complaints that it was inappropriate for a presenter wearing a hijab to present a report on the attack in Nice. We won’t be taking the matter forward for investigation.

“The selection of a presenter is an editorial matter for the broadcaster, and the way in which the presenter chose to dress in this case did not raise any issues under our rules.”